Showing posts from January, 2015
Show all

BRITANNIA, the new P&O CRUISES ship expected in March of 2015 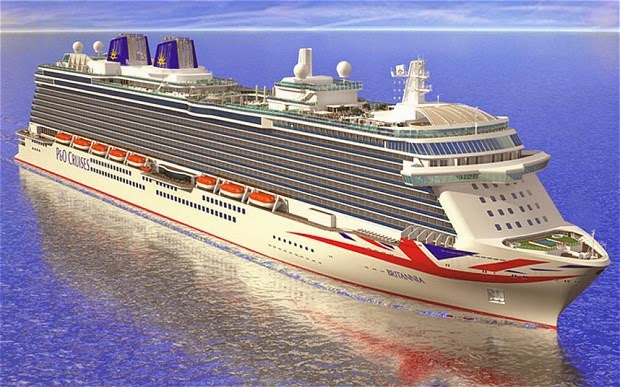 Currently under construction in Italy at FINCANTIERI, "BRITANNIA" the new P & O CRUISES is expected so start her maiden voyage from Southampton on the 14th of march of 2015, the ship is 142.000 G.T., she was ordered in 2011, she has 15 passenger decks, the total occupancy will be for over 3500 guests, BRITANNIA is very similar in design to the PRINCESS CRUISES ships ROYAL PRINCESS entered service in 2013 and REGAL PRINCESS which debuted last year, the introduction of the new P & O CRUISES livery will give this ship a much more attractive and younger look to the ship compared to her PRINCESS sisters, very exciting news for the cruising industry and for P & O and the British Market.
Post a Comment
Read more

175 YEARS OF CUNARD THIS YEAR 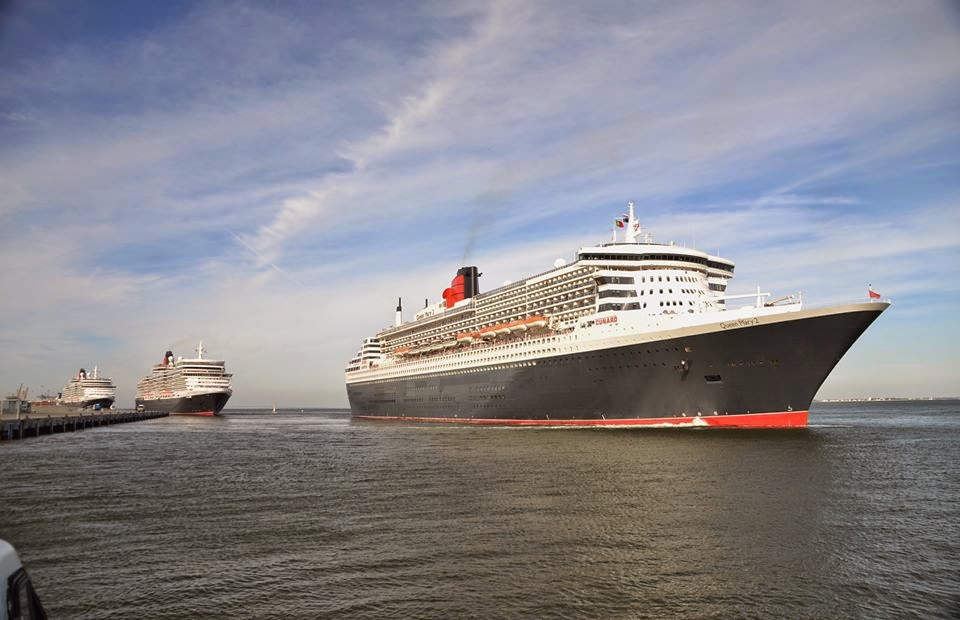 2015 is going to be a special year for the CUNARD LINE, this Historic Shipping Line is celebrating 175 years of its prestigious life, part of the celebrations, the three CUNARD passenger ships will be together in Southampton on the 3rd of May and in Liverpool for the very first time for a couple of days, 24th will mark the arrival of QUEEN MARY 2, the ship will stay overnight and will be joined by QUEEN VICTORIA and QUEEN ELIZABETH the following day, please check for the Liverpool details here . CRUISE SHIPS AND LINERS is going to follow this Historic event later in the spring. Photo included, the three QUEENS in Lisbon, copyright Luis Miguel Correia
Post a Comment
Read more

SNOWBOW PRODUCTIONS was created by Des Cox to ensure that British Maritime History with special emphasis on passengers liners of the golden age of travelling were preserved on film for future generations to cherish. Large range of DVD's, exclusive paintings and even Cruises are part of the extensive work provided by SNOWBOW. Last year really rare footage of TITANIC's sister ship, the 1911 built OLYMPIC was discovered and is now part of one of the World's largest Film Archives of Maritime History, please follow this link here for the interview given to ITV by Des Cox. I own some of the SNOWBOW DVD's and they are amongst the best I have seen, including a film of one of the cruises organized by Des on the now greatly missed DISCOVERY. You can check SNOWBOW website here .
Post a Comment
Read more

MARCO POLO is 50 this year 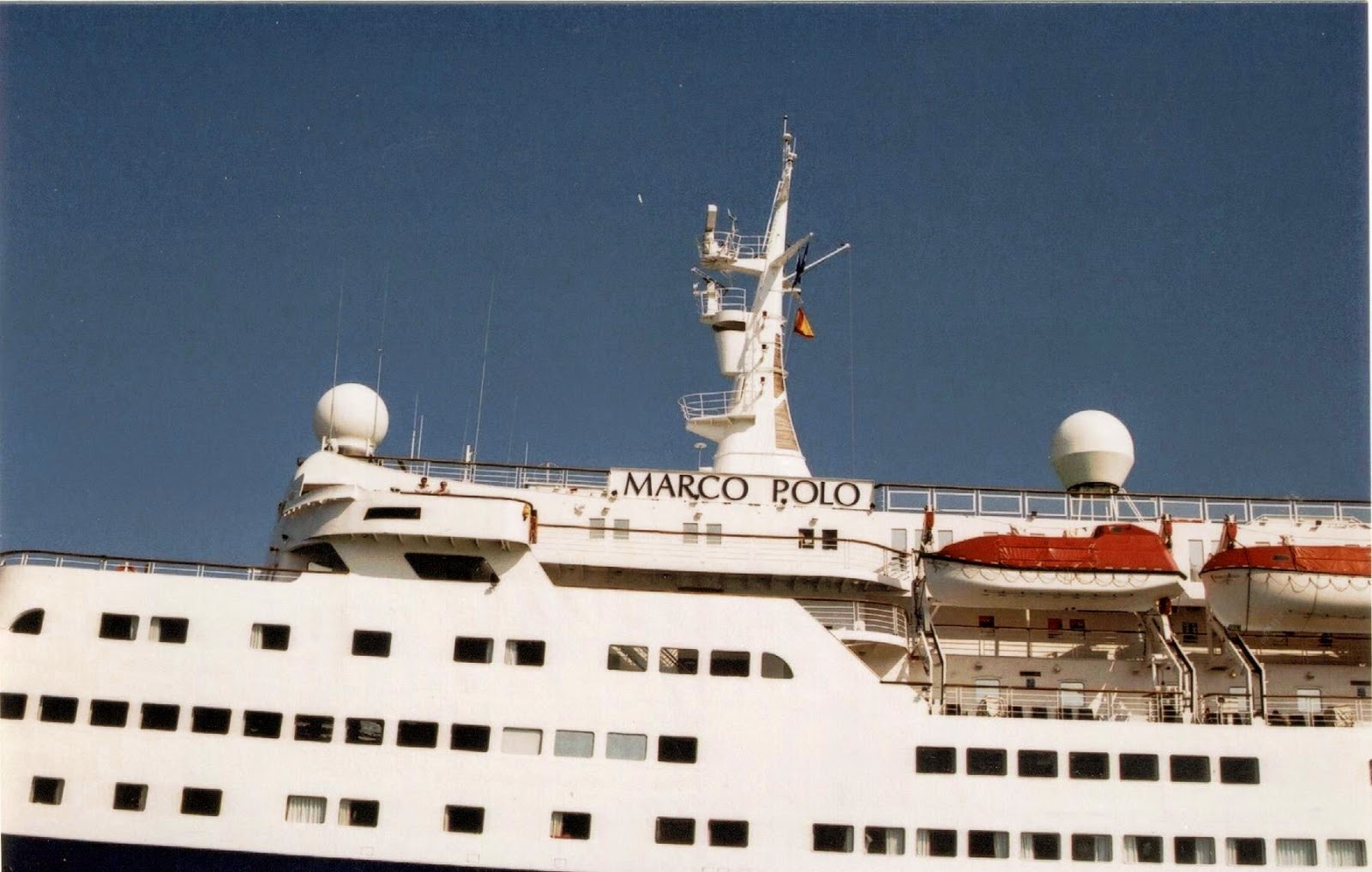 "MARCO POLO" will complete 50 years in 2015, she was built in 1965 as the ALEKSANDR PUSHKIN for the BALTIC SHIPPING COMPANY, she is a true classic ocean Liner, one of the very last still in service today. The ship is today operated by CRUISE & MARITIME VOYAGES a Company based in the UK, we are going to keep regular updates on this Blog about the cruising program of MARCO POLO for 2015, a momentous mark on the long ship's career. Photos showing the ship in Barcelona back in 2001 when she was operated by ORIENT LINES
Post a Comment
Read more

HAPPY NEW YEAR To all the followers and visitors 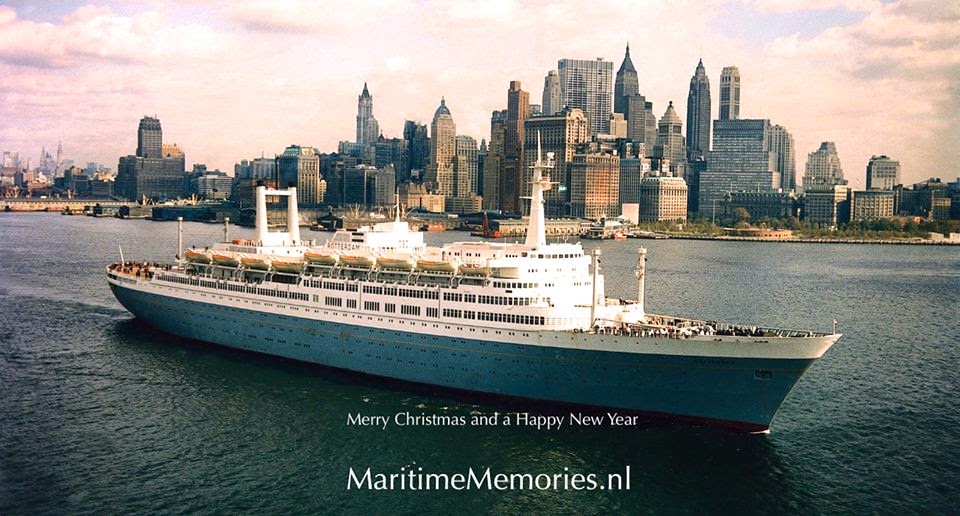 Thank you for following my blog, for all the visits and comments, please stay with us for 2015. I have chosen this beautiful photo sent by Fred Claessen author of the wonderful website, "Maritime Memories", you can check it here for my New Year message. HAPPY NEW YEAR 2015
Post a Comment
Read more 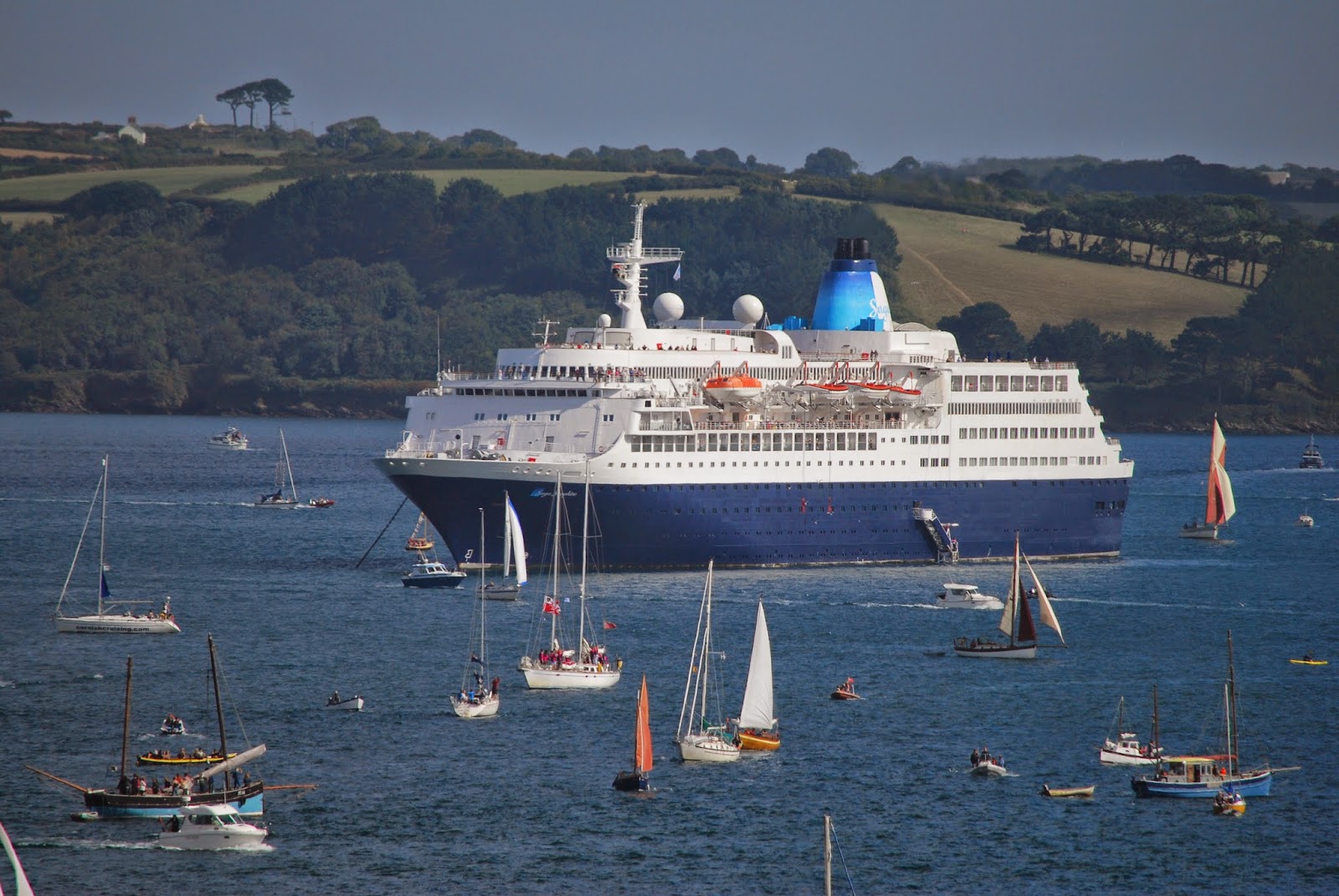 Relive the Golden Age of Ocean Travel with MARITIME MEMORIES and enjoy the finest traditions of cruising, please follow the link  here for further information, this year MARITIME MEMORIES is offering two cruises, one SAGA SAPPHIRE and an epic sea voyage from Malaga all the way to Cape Town aboard AEGEAN ODYSSEY For 2015 MARITIME MEMORIES has selected the SAGA SAPPHIRE a traditional cruising passenger ship built originally in 1981 as the EUROPA, she was at the time the most luxurious ship in the World, she is seen above on the 31.8.2014 at Falmouth during the TALL SHIPS RACES and the AEGEAN ODYSSEY a ship built originally in 1973 as the ro-ro Ferry NARCIS, today she is owned and operated by "VOYAGES TO ANTIQUITY", described by critics as "an Odyssey of delight" photo taken from the Internet, author Nick Daisley.
Post a Comment
Read more
More posts