Showing posts from November, 2012
Show all

- November 25, 2012
Can't resist to publish these photos taken on board S.S. "ROTTERDAM", something we don't see on today's passenger ships, they cannot of course be compared, liners of the past offered acres of outdoor space and enclosed promenades for passengers to enjoy, today apart from very few exceptions they were replaced by cabins with balconies, if you are a romantic, love passenger ships and the sea then today's modernity is difficult to take on board. Photos 23.11.2012
Post a Comment
Location: Rotterdam, The Netherlands
Read more

- November 24, 2012
Preserved as a Cruise, Hotel, and Museum at Rotterdam the brilliant S.S."ROTTERDAM" is seen here during my first visit to one of my favourite passenger ships ever. Photos 24.11.2012
Post a Comment
Location: Rotterdam, The Netherlands
Read more 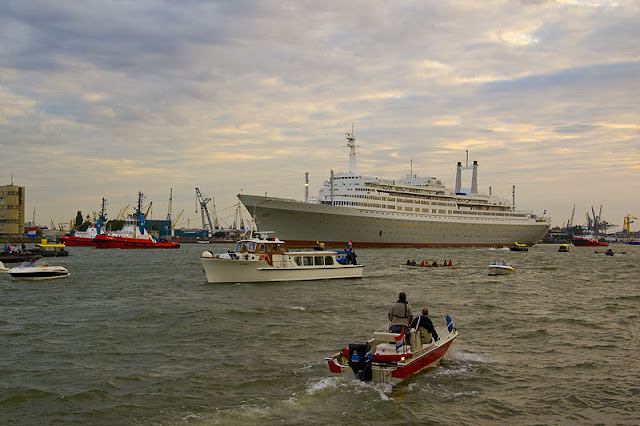 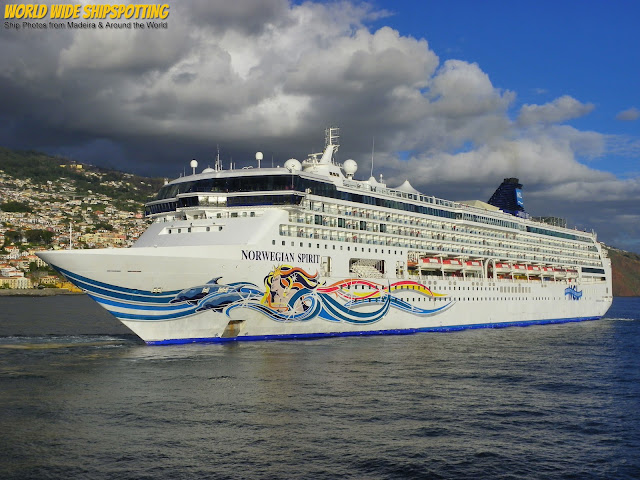 Seen here at Funchal is the cruise ship "NORWEGIAN SPIRIT", photos kindly sent by contributor to this Blog, local Photographer and Ships Enthusiast, Joao Abreu . "NORWEGIAN SPIRIT" was built in Germany, by MEYER WERFT as the SUPERSTAR LEO and delivered to her owners STAR CRUISES in 1998. The ship was transferred to NORWEGIAN CRUISE LINE in 2004, she is 75.378 GRT, has a top speed of 24 knots and can accommodate nearly 2000 passengers. We thank Joao Abreu  for these brilliant photos
Post a Comment
Location: Funchal, Portugal
Read more 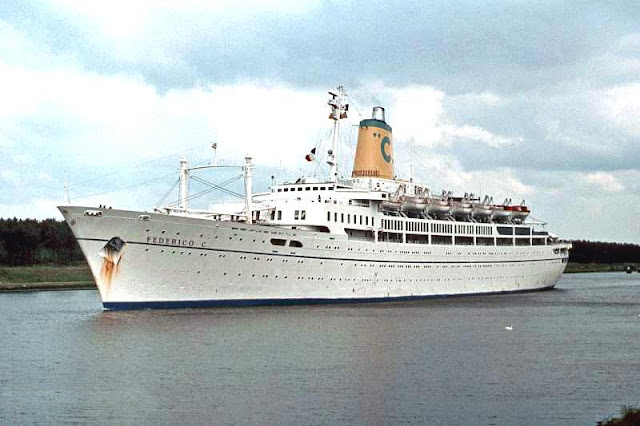 "FEDERICO C" was such an elegant passenger ship, remember seeing her in Lisbon in the 70' and 80's and what a sight she was, she was built in 1958, same as me by a different shipyard though, Messrs: GIO ANSALDO in Italy, she was the first new passenger ship built for COSTA LINE, the ship was initially operated on the Italian to Brasil and Argentina route, in 1966 she was transferred to the Italy to Florida, Caribbean and Venezuela service. After 1972 she was fully dedicated to cruising, COSTA kept the ship until 1983 when she was sold to PREMIER CRUISES, she was then renamed ROYALE, in 1988 she was once again sold to DOLPHIN CRUISE LINES, becoming the ill-fated SEA BREEZE, she sank in 2000 off the coast of North Carolina involved in controversy, allegedly due to insurance matters. "FEDERICO C" was just over 20.000 GRT powered by Steam Turbines giving her a cruising speed of 20 knots, she was a very intimate ship with capacity for just over 800 pas
Post a Comment
Read more 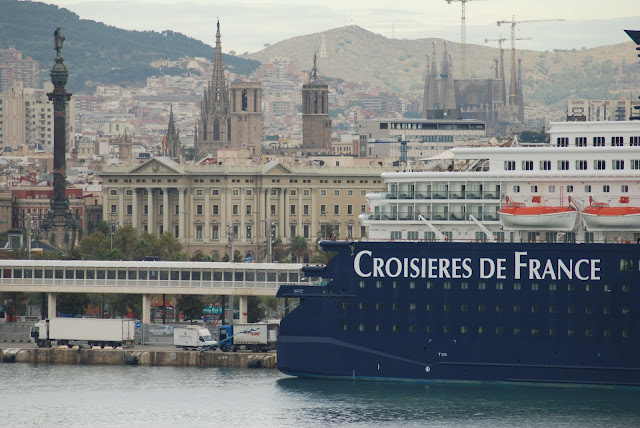 The new CDF-CROSIERE DE FRANCE cruise ship, the HORIZON, built with the same name for CELEBRITY CRUISES in 1990 and also operated as the ISLAND STAR and the PACIFIC DREAM before joining this year CDF. Photos 3.11.2012
Post a Comment
Location: Barcelona, Province of Barcelona, Spain
Read more 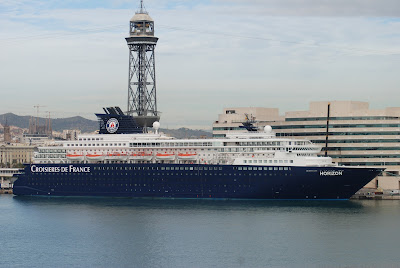 M.V. "HORIZON" seen here at Barcelona earlier this month is the new ship operated by the French Based Company CDF-CROSIERES DE FRANCE part of the R.C.I. group. "HORIZON" was built in Germany by MEYER WERFT and delivered with the same name to CELEBRITY CRUISES in April of 1990. The ship is 46.811 GRT, cruises at 20 knots and has capacity for 1800 passengers. Photos 3.11.2012
Post a Comment
Location: Barcelona, Province of Barcelona, Spain
Read more 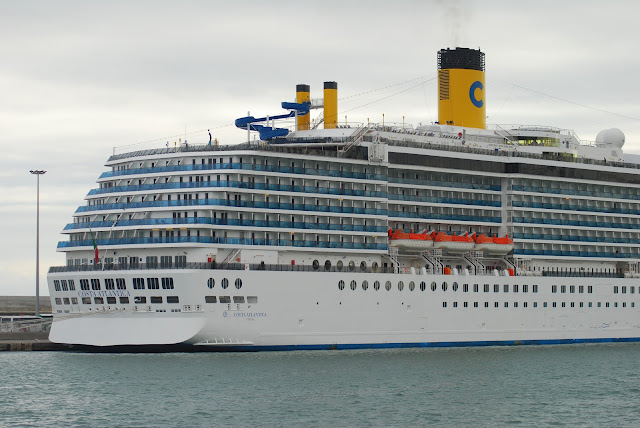 "COSTA ATLANTICA" was built in Finland by KVAERNER MASA-YARDS in 2000, the ship is owned and operated by COSTA CROCIERE, she normally cruises in the Caribbean and the MED. "COSTA ATLANTICA" is 85.619 GRT, cruises at 20 knots and has capacity for just over 2100 passengers. Photos above showing the ship during a recent call at Barcelona, 3.11.2012
Post a Comment
Location: Barcelona, Province of Barcelona, Spain
Read more
More posts