Showing posts from May, 2014
Show all

- May 25, 2014
Located at the heart of the vibrant and cosmopolitan city of Amsterdam, the PASSENGER TERMINAL offers new and well appointed facilities for the average 300.000 tourists that yearly visit the Dutch Capital, for all the information visit the brilliant website here and for all the other cruise terminals for ships docking in Amsterdam, follow the link here . Photos taken during my recent visit, 17.5.2014
1 comment
Location: Amsterdam, The Netherlands
Read more

"RMS AQUITANIA" to be remembered at Liverpool 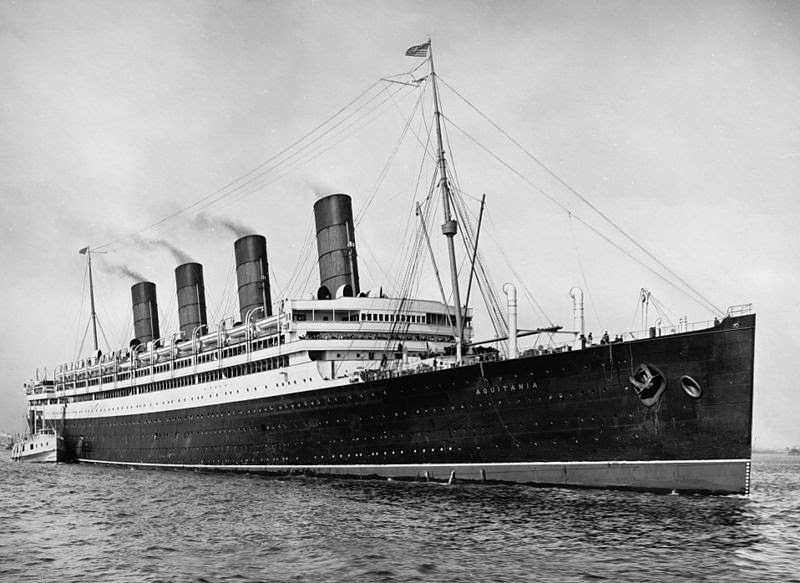 RMS "AQUITANIA" nicknamed "SHIP BEAUTIFUL" was one of the most beautiful ships of her day, she was built in 1914 and departed on her maiden voyage from Liverpool on the 30.5.1914. To mark the Centenary of her Historic sailing, "QUEEN VICTORIA", a new Cunarder, built in 2007 will visit the city of Liverpool next week end, the ship will arrive Friday the 30th of May and leave the Mersey the following day, it will be an event that hopefully will attract many people to the Liverpool Historic Waterfront. "AQUITANIA" from my collection and the new "QUEEN VICTORIA".
Post a Comment
Read more 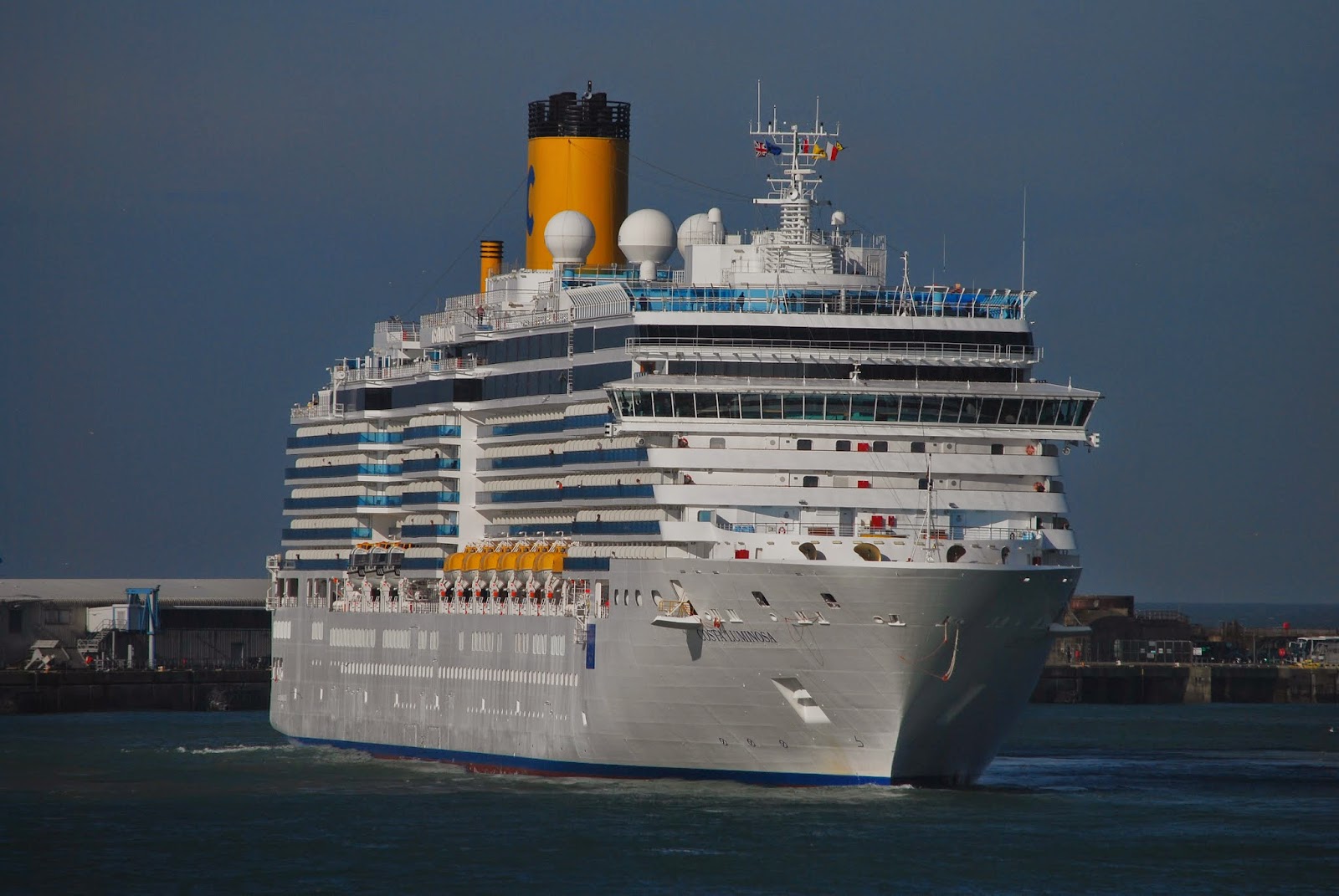 This is a first for this Blog, the very first entry of "COSTA LUMINOSA", a cruise ship owned and operated by COSTA CROCIERE, the ship was built in Italy by Fincantieri and introduced in June of 2009, she is 92.700 G.T. and has capacity for 2300 passengers approximately, I was lucky to see her yesterday in Dover and have the opportunity for some close-up photos, 22.5.2014
Post a Comment
Location: Dover, Kent, UK
Read more

- May 23, 2014
"Subtle blend of Luxury" is how LE PONENT CRUISES describes their ship "LE BOREAL", a mega-yacht looking passenger ship offering sophisticated cruising to their just over 200 guests, this magnificent ship was built in Italy by Fincantieri in 2009, for all the information about her and her operators please visit here . "LE BOREAL" pictured at Amsterdam, 18.5.2014
Post a Comment
Location: Amsterdam, The Netherlands
Read more

"VINTAGE IS THE NEW MODERN", cruise review by Mike Louagie of his recent voyage on M.V. FUNCHAL 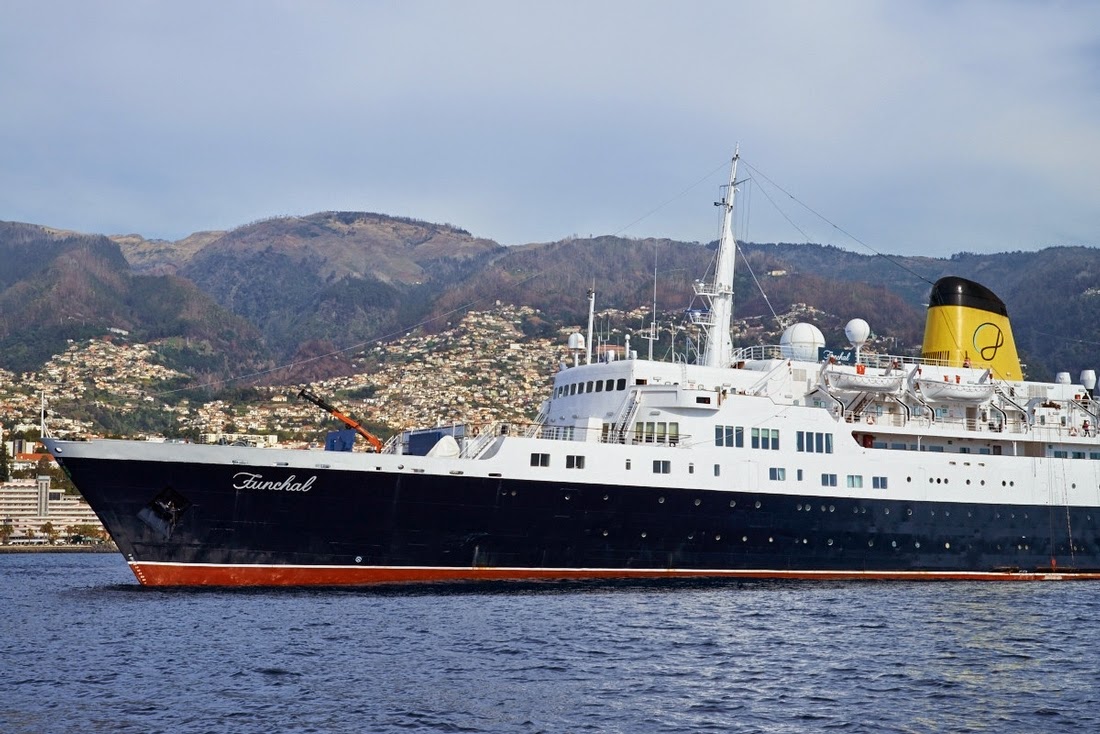 "FUNCHAL" is a classic Passenger ship originally built in 1961, last year after a period of three years laid-up in Lisbon the ship was purchased by the newly formed Company, Portuscale Cruises, she was restored to her former glory and prestige after spending months undergoing a massive refurbishment, one of the most important throughout her now long career. "FUNCHAL" was designed and conceived for the Portugal to Madeira and Azores service, a service she kept until 1972, she was then transformed into a full time cruise ship. She is now unique, a testimony of the 60's ship building, a living legend of an era where some of the most famous passenger ships of all time were built, QE2, CANBERRA, FRANCE and the Italian sisters, GALILEO GALILEI and GUGLIELMO MARCONI, to name but a few. As part of a promotional program that is underway, Mike Louagie, freelance photographer and prestigious writer of cruising reviews and works associated with cruise ships and ferries, rec
2 comments
Location: Madeira, Portugal
Read more
More posts