Showing posts from February, 2015
Show all

Regular "posts" by CUNARD on their 175th Anniversary 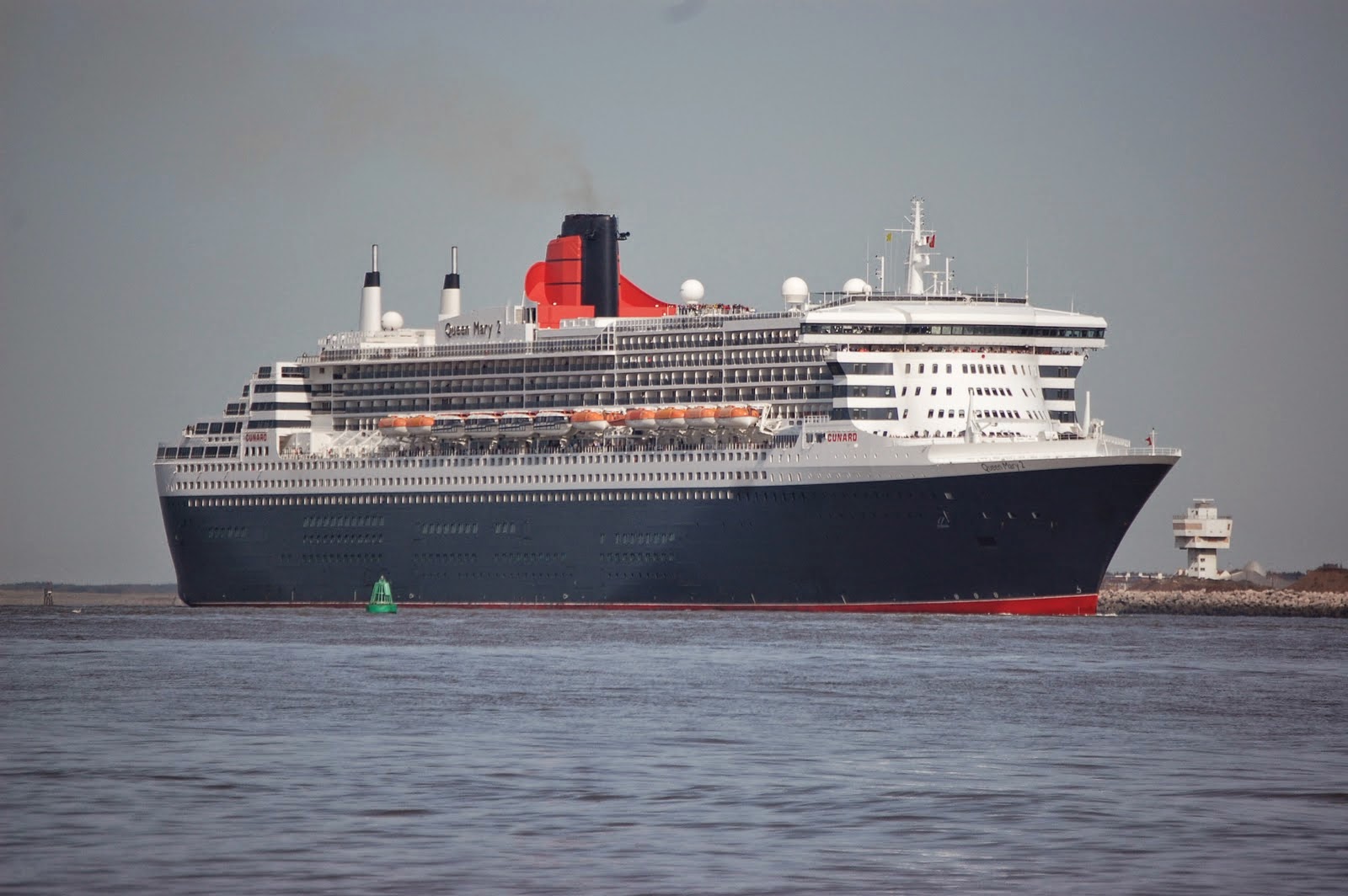 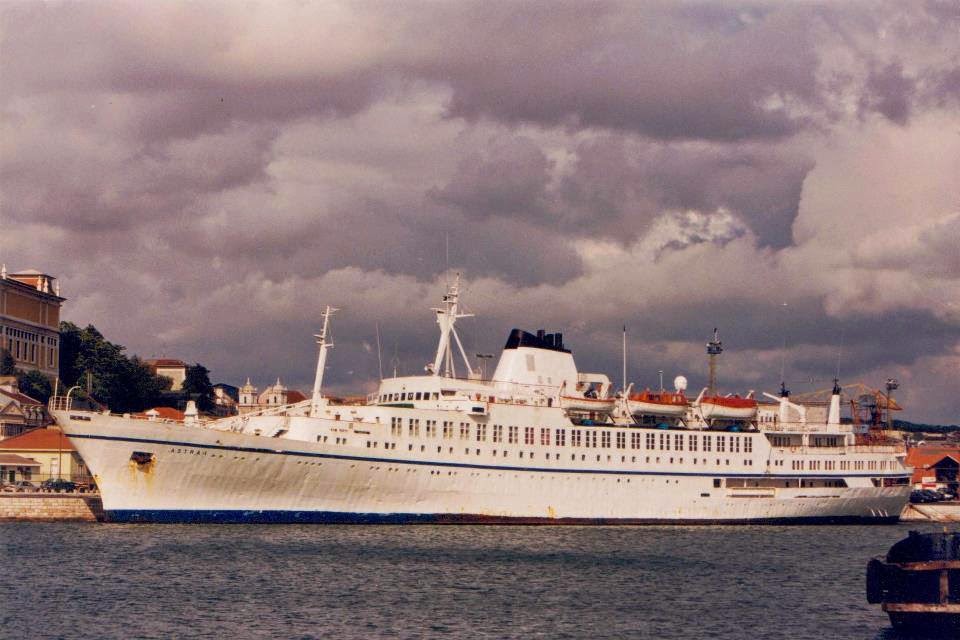 ASTRA I is seen here in Lisbon in 1999 after been purchased by C.I.C. a company that ceased operations in 2012, today she is the PORTO and is operated by PORTUSCALE CRUISES, she is laid-up in Lisbon awaiting charters
Post a Comment
Location: Lisbon, Portugal
Read more

LUSITANIA remembered this year during the 175 Anniversary of CUNARD LINE 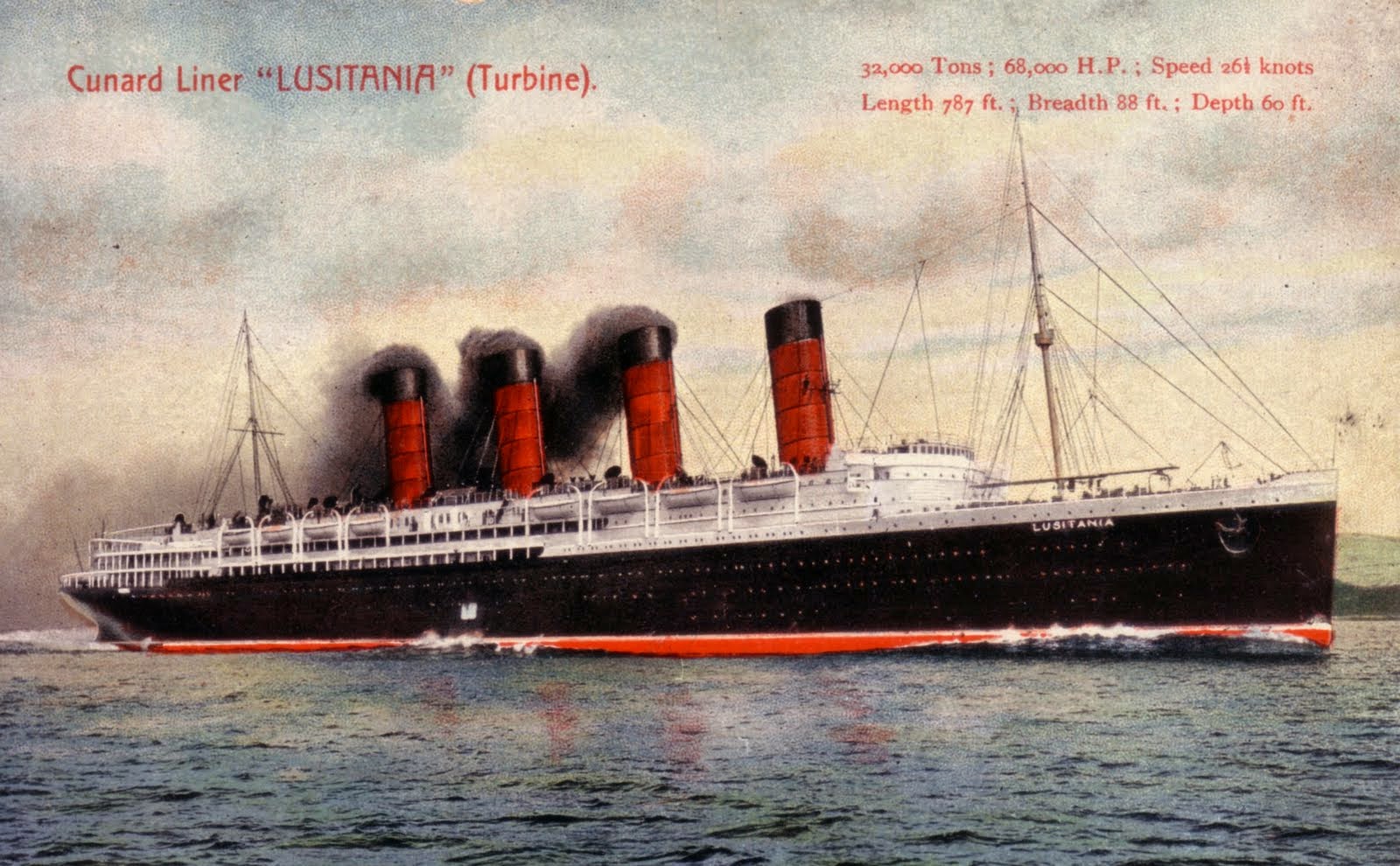 This May the magnificent LUSITANIA, the largest passenger ship in the World when she was introduced in 1907 will be remembered during the CUNARD LINE celebrations of its 175th Anniversary, it's been 100 years since the sinking of the LUSITANIA, QUEEN VICTORIA is the ship to undergo on a cruise to commemorate the occasion with special events in Ireland, follow the link here for full details
Post a Comment
Read more 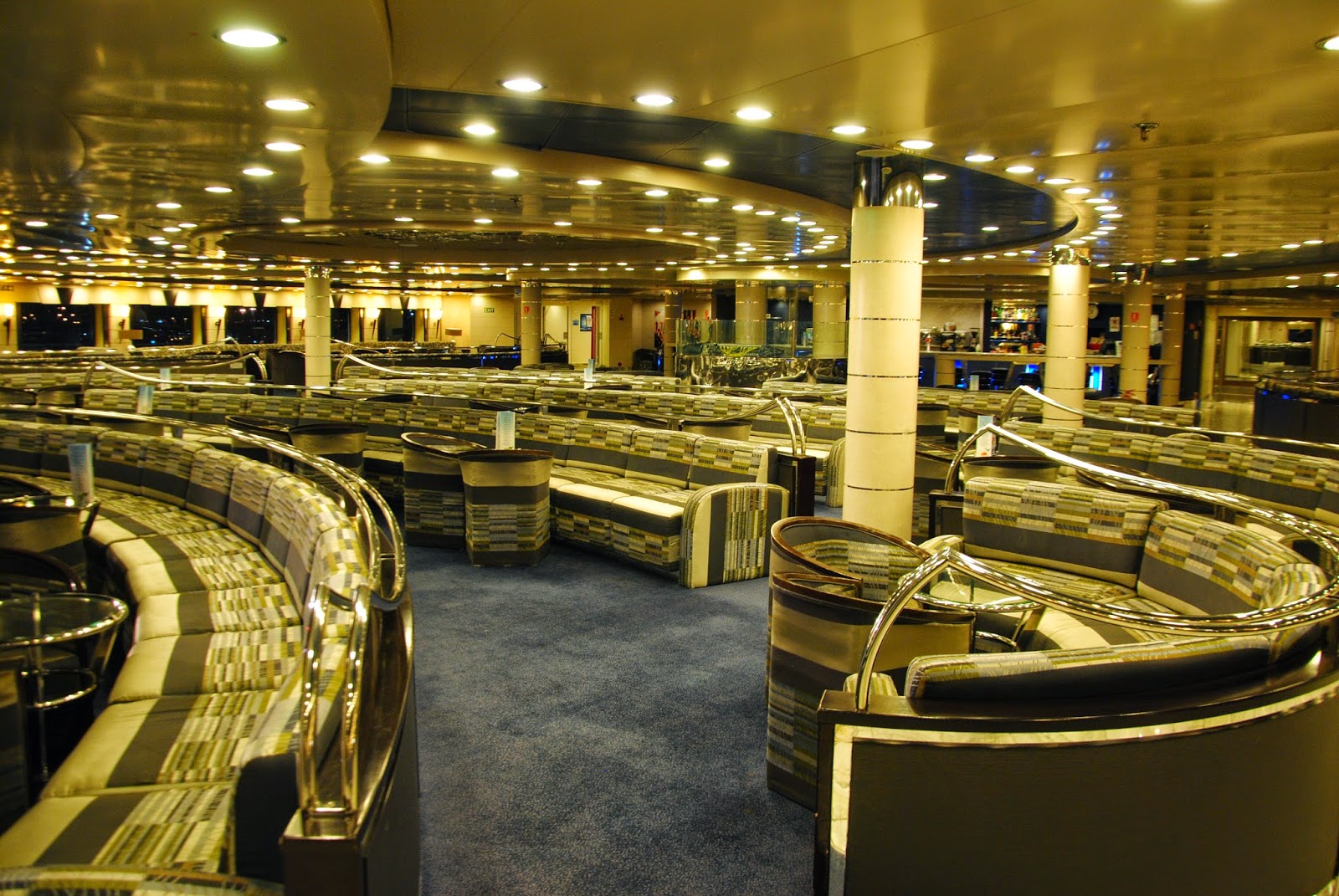 Twin sisters CRUISE ROMA and CRUISE BARCELONA are two of the largest cruise ferries sailing in the Mediterranean, they were introduced respectively in 2007 and 2008, I have sailed on both nine times since 2012, both ships are really similar very comfortable to sail on with excellent passenger facilities, they both sail from Civitavecchia to Barcelona daily, except on Sundays, the crossing time is about 20 hours with the ships travelling at an average speed of 22/23 knots, during the summer months there is a stopover at Porto Torres, they have capacity for 2300 passengers, I will be uploading regularly photos of the two ships both inside and outside, today I have selected the "SMAILA" entertainment lounge, same name on both ships, the PIAZZA DI CATALUNYA coffee/bar lounge at midships, different name on CRUISE ROMA and the self-service Restaurant. These two ships are manned by Italian officers, the rest of the crew is composed by a mixture of nat
Post a Comment
Read more 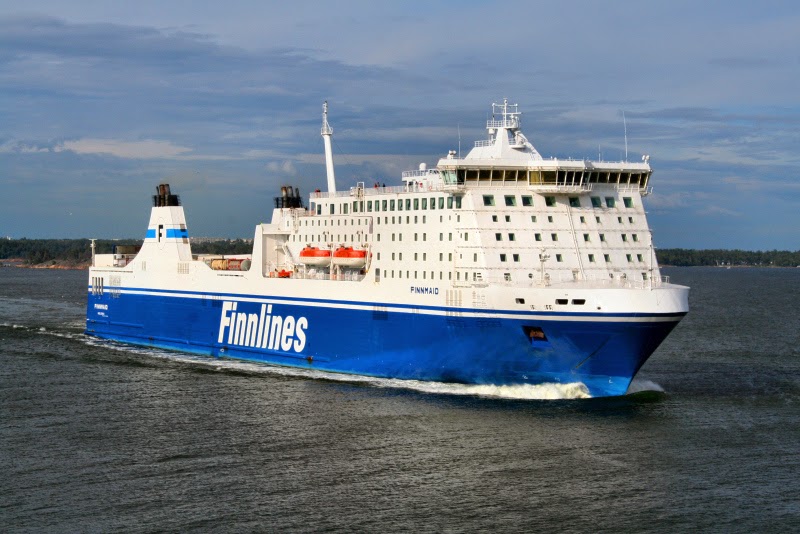 New stringent sulphur oxide emission regulations will be enforced in the North Seas and Baltic from January 2015, FINNLINES a GRIMALDI GROUP company has ordered WARTSILA, exhaust gas cleaning systems for six of its ro-ro vessels and Alfa Laval Pure SOX exhaust gas cleaning for four other ships built between 2000 and 2002. The investment reduces the used machine power and fuel consumption maintaining the engine power. Two of the FINNLINES ships, the FINNMAID and the FINNSTAR, copyright photos by Kalle ID
Post a Comment
Read more

- February 15, 2015
CRUISE SHIPS AND LINERS is now called SHIPBOARD BOOK OF CRUISING. My intent is to bring to this website as much information as possible about cruise ships, cruise ferries, not forgetting the ocean liners of the past, to document shipboard behaviour at sea that does not change whether we are crossing on cruise ferries or cruising on cruise ships, I want also to share my regular voyages by sea, particularly on cruise ferries, there will be a special focus on photography, hope you enjoy, thank you for your visits and comments
Post a Comment
Read more 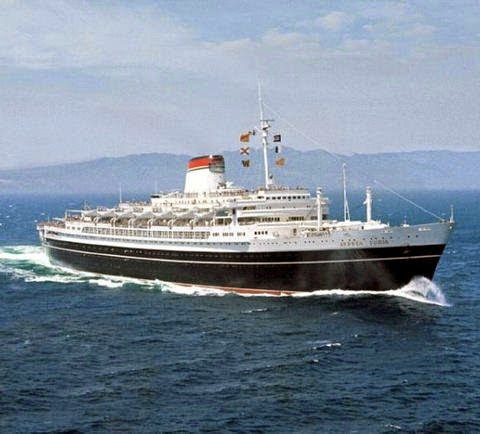 Postcard of the "ANDREA DORIA" at sea, image of sheer beauty, this outstanding Liner was built between 1951 and 1953 in Italy by ANSALDO, she left Genoa on her maiden voyage on the 14.1.1953, in those days still the only way to cross the Atlantic, marvelous ship
Post a Comment
Read more 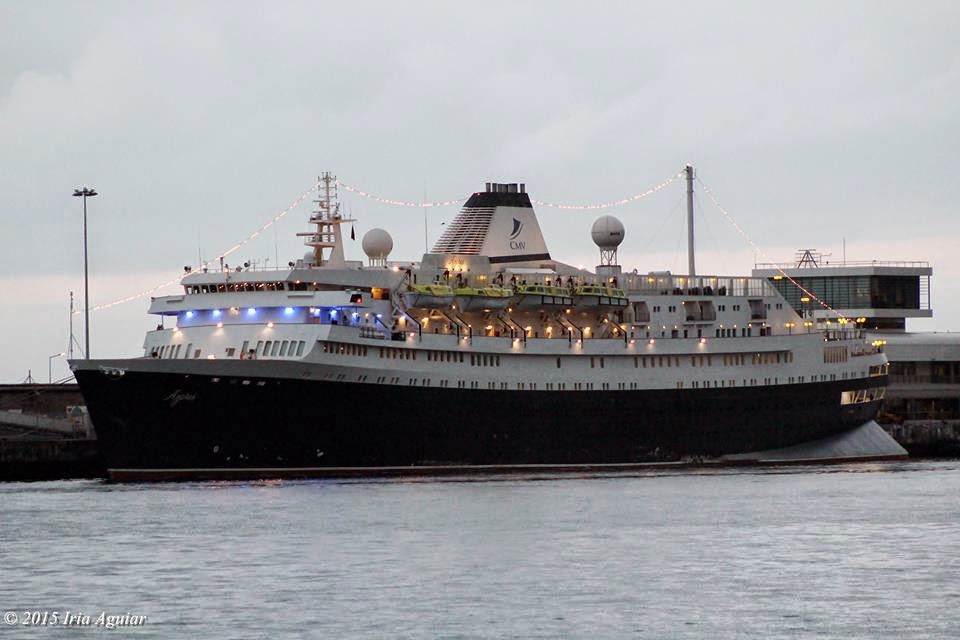 One of the oldest passenger ships still in service is the AZORES, she was built in 1948 as the STOCKHOLM. AZORES is the latest addition to the British based Company CRUISE AND MARITIME VOYAGES, to see her cruising program for this year, please follow this link here . Photos included showing the ship at Funchal earlier this month on her second call of her maiden voyage, copyright photos Iria Aguiar, Joao Abreu and Luis Fernandes
Post a Comment
Location: Funchal, Portugal
Read more 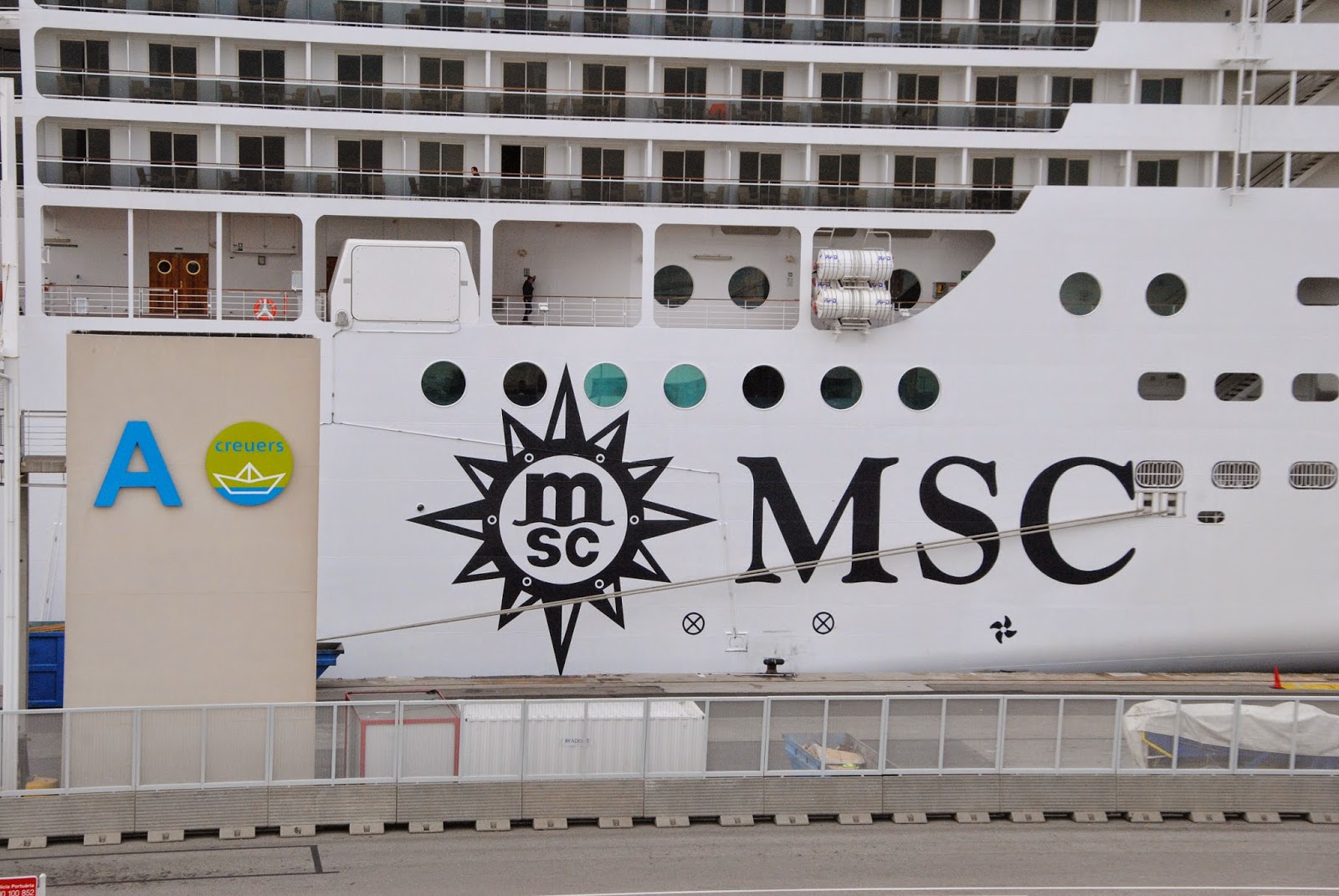 MSC FANTASIA and MSC SPLENDIDA are two regular visitors to the city of Barcelona, here they are together on the last day of January this year, two mega cruise ships introduced respectively in 2008 and 2009, they are both qualified as FANTASIA-CLASS ships, both built by STX EUROPE at Saint-Nazaire, they both have about 138.000 G.T. Photos 31.1.2015
Post a Comment
Location: Barcelona, Barcelona, Spain
Read more
More posts