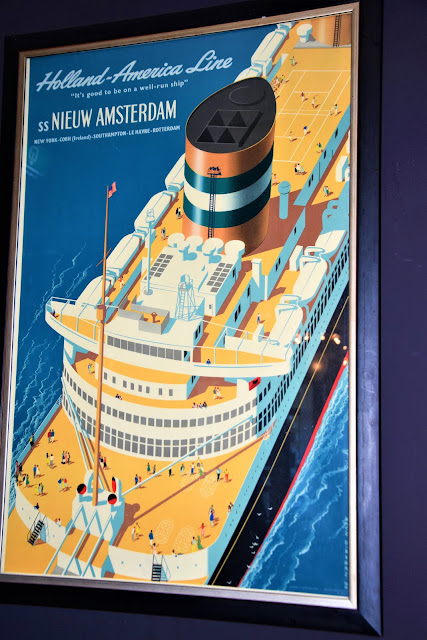 Recently I stayed in a Hotel in Ijmuiden, nearby Amsterdam and found this magnificent poster of the Splendid "NIEUW AMSTERDAM", also known as the "Darling of the Dutch", one of the most beautiful passenger ships ever built, she was built in 1937 and was the "ship of State" for the Netherlands, she was scrapped in 1973
Nieuw Amsterdam