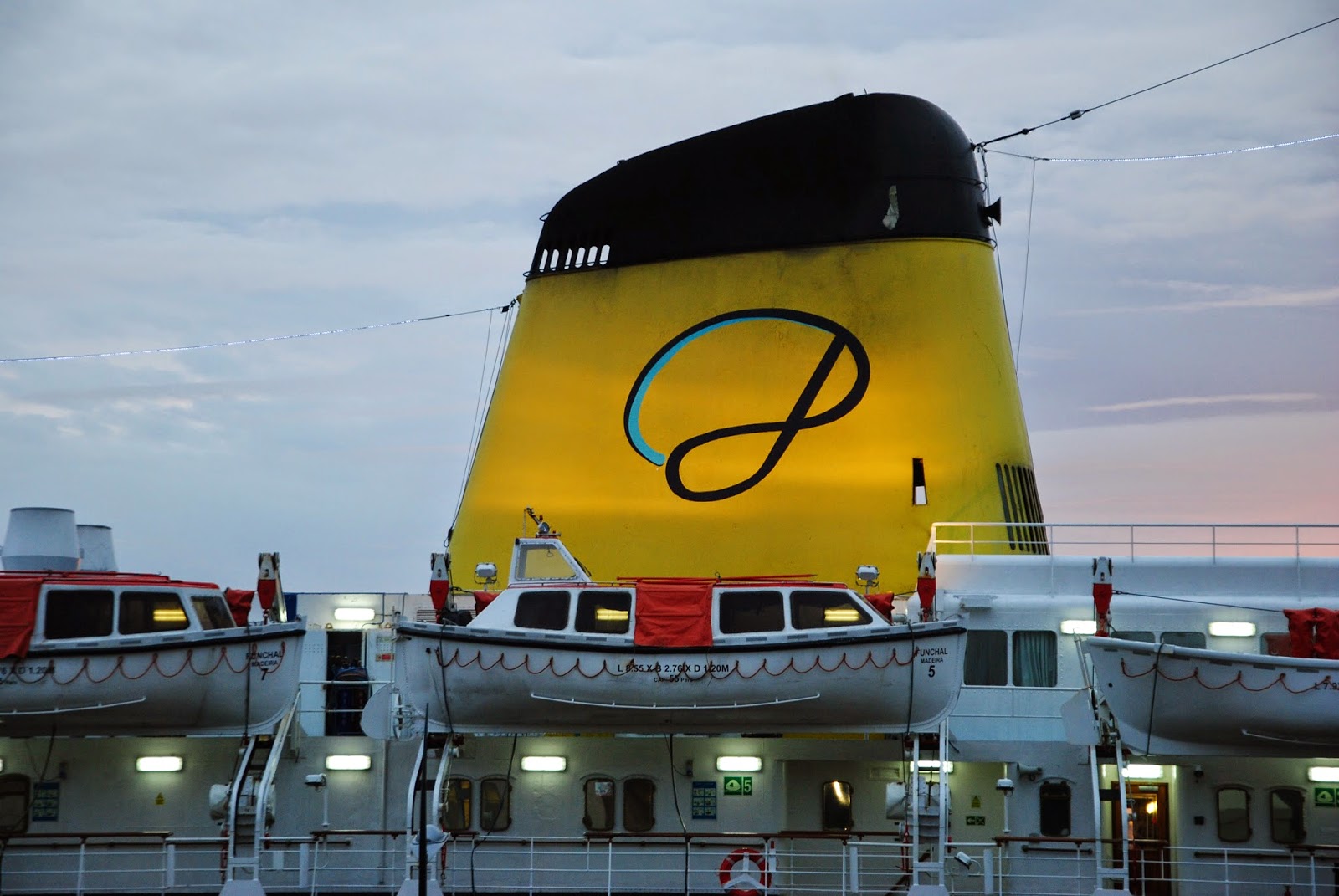 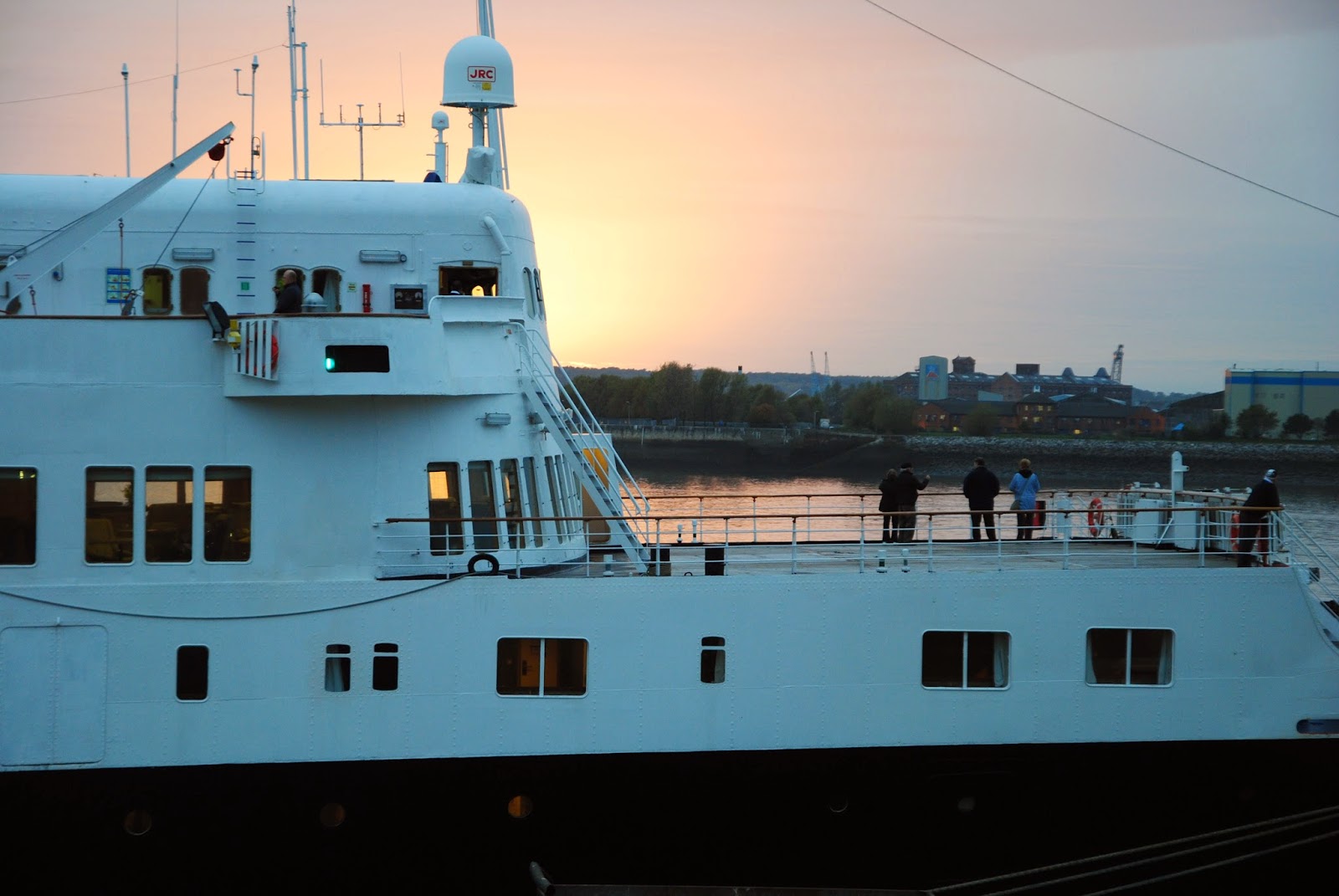 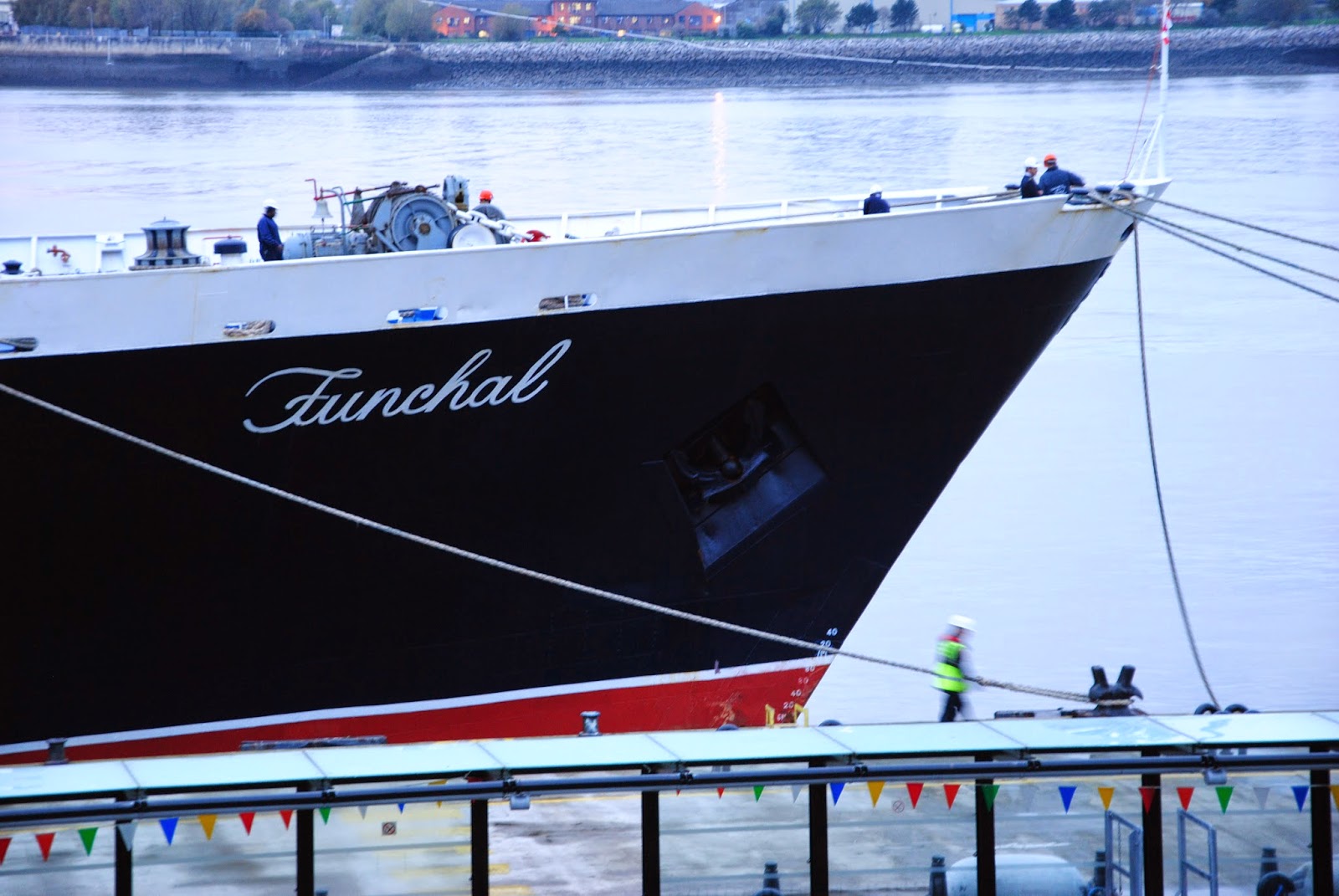 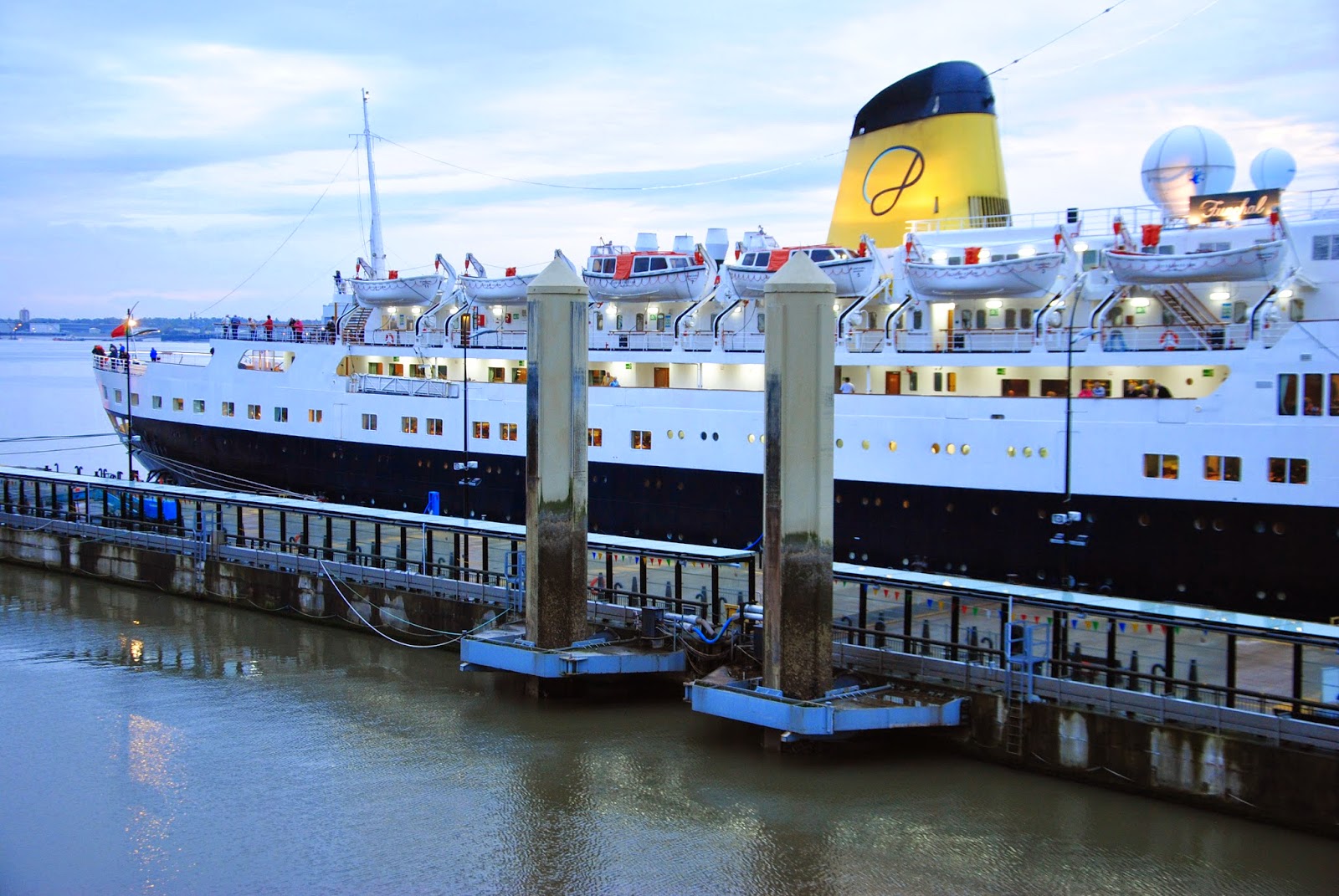 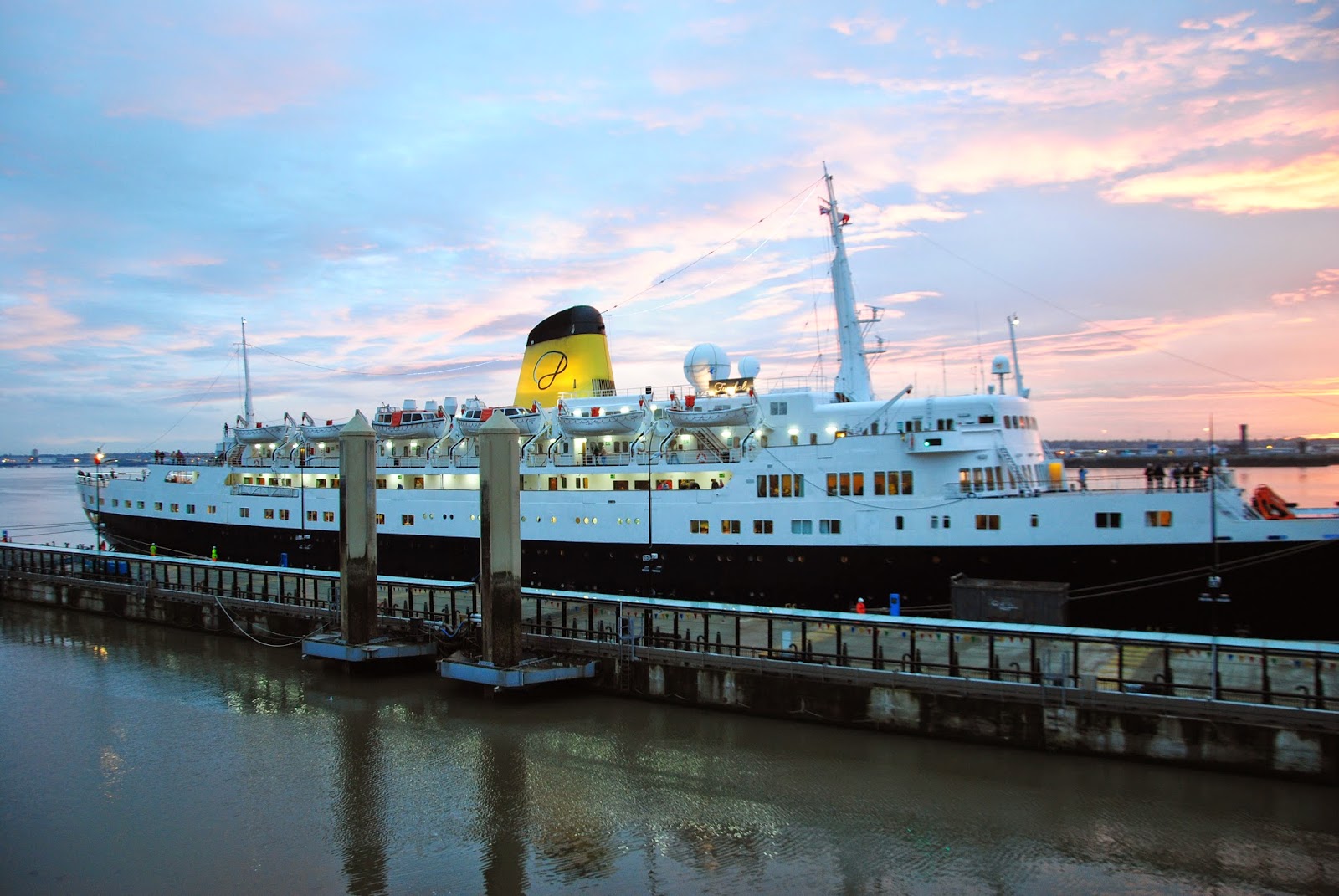 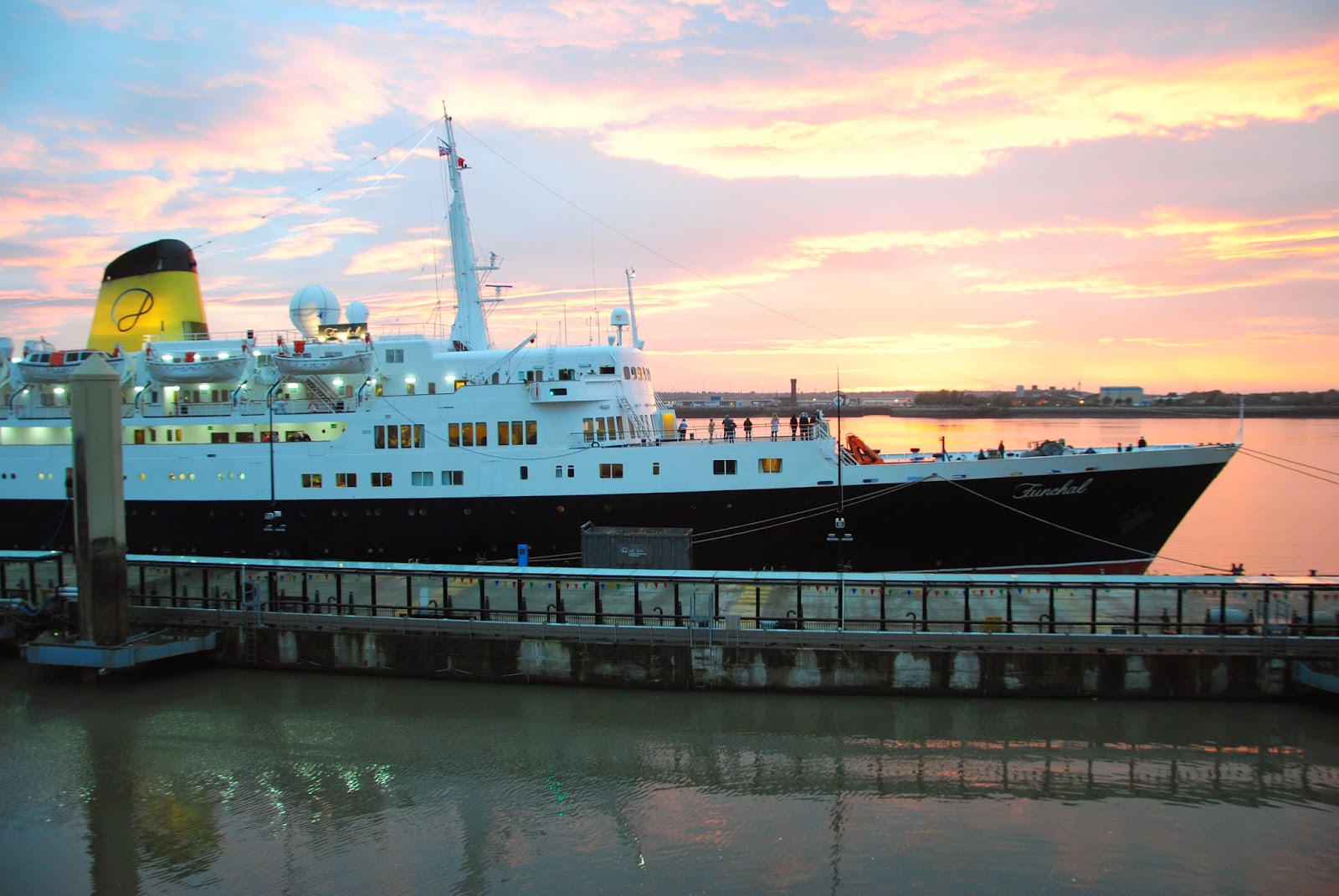 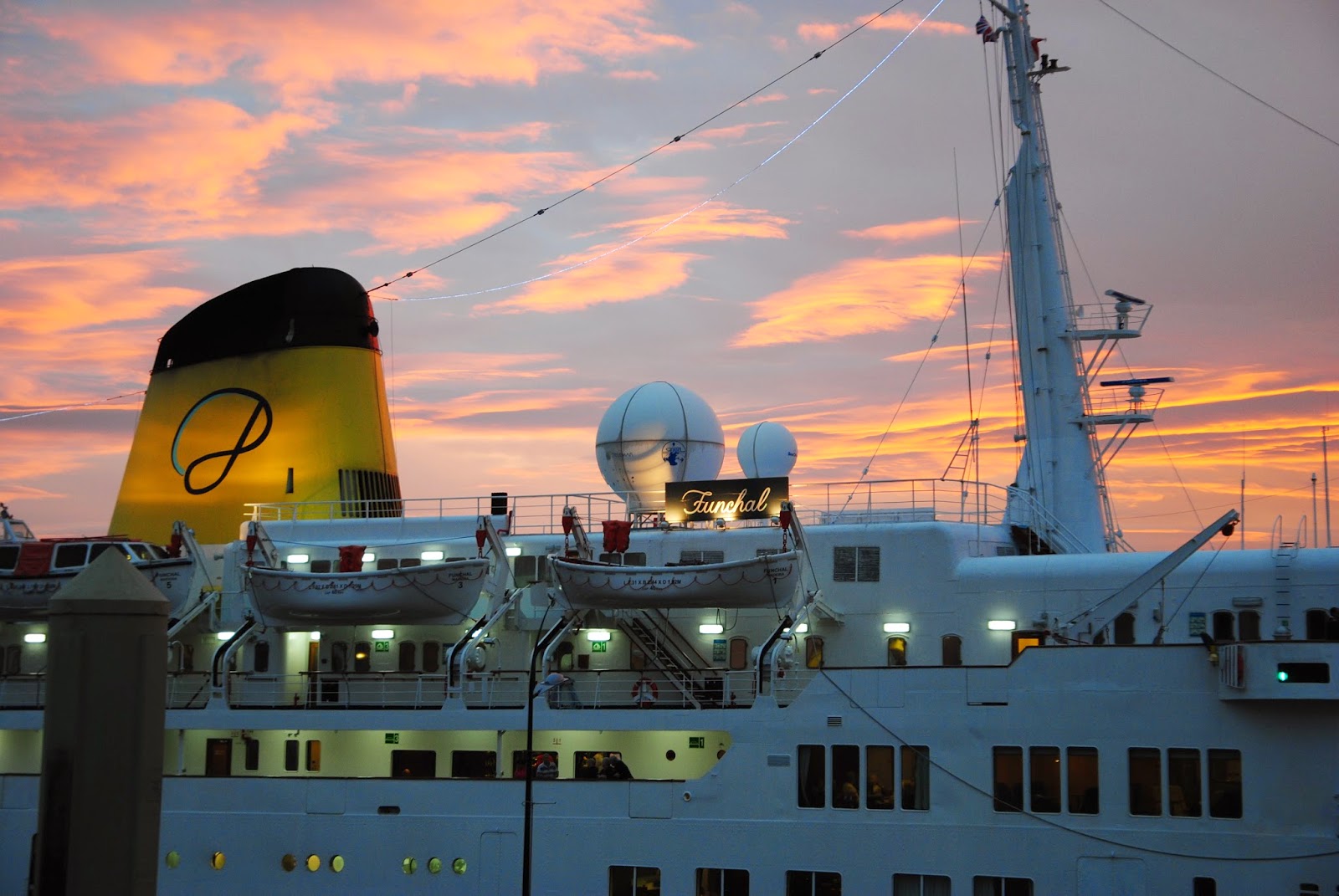 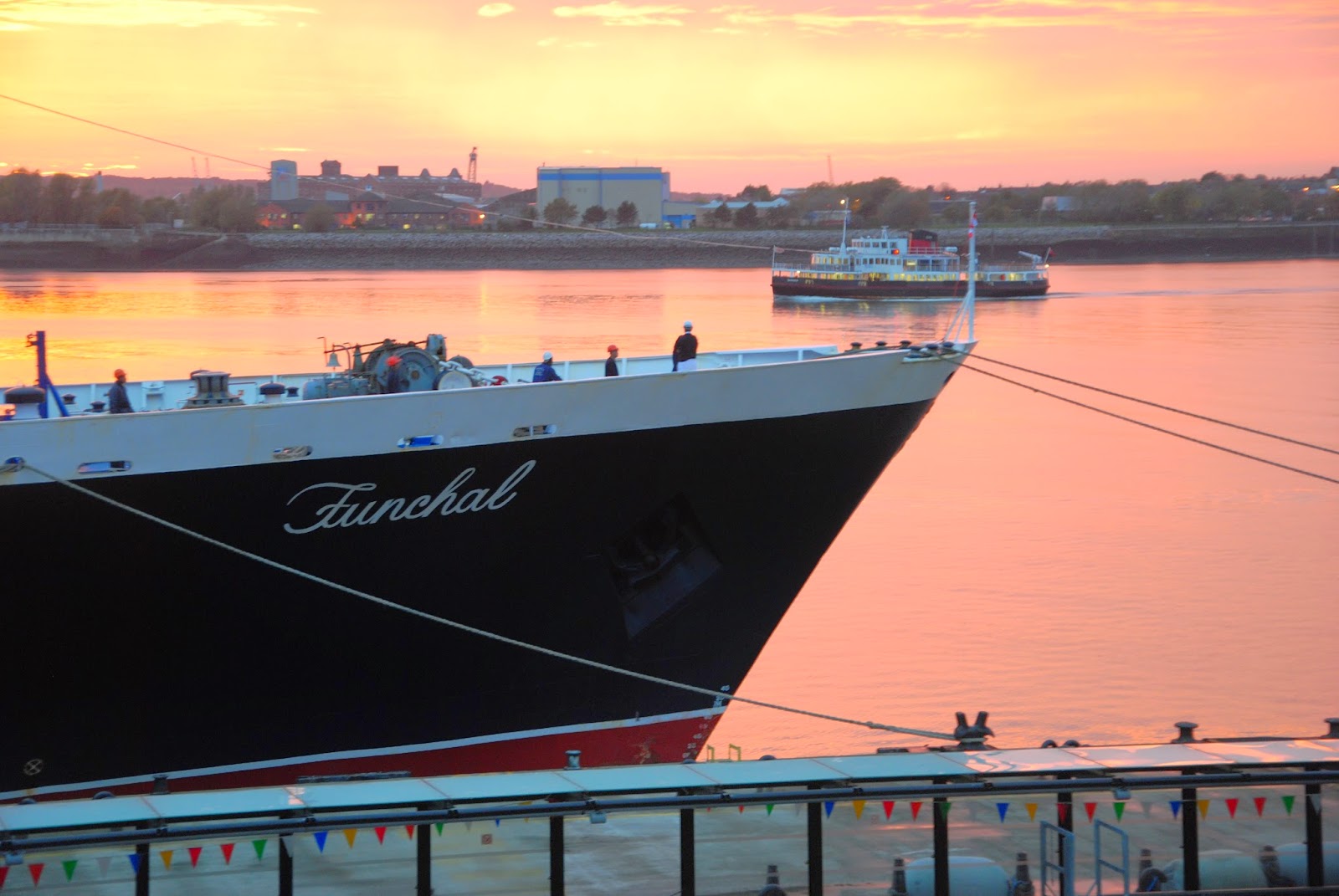 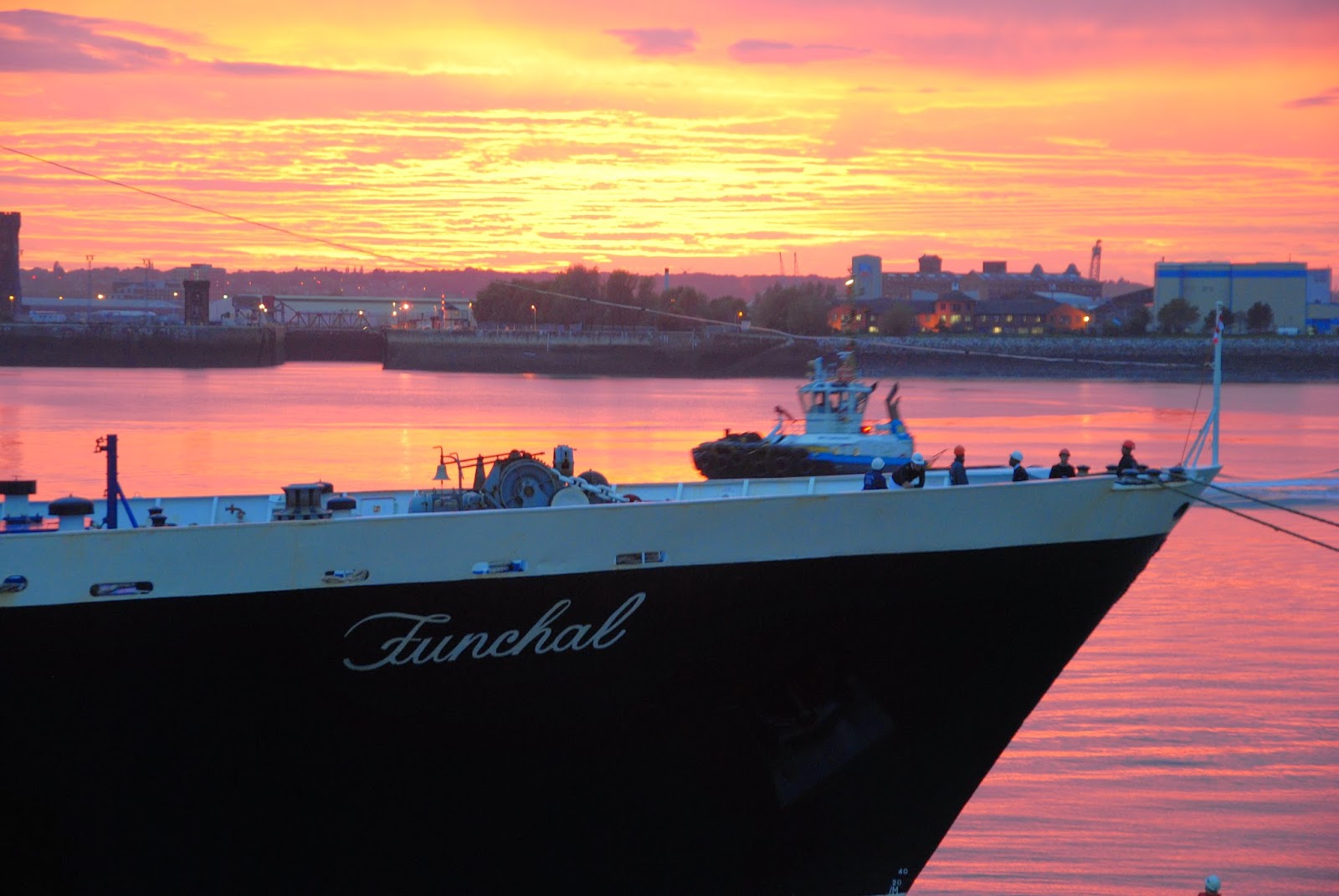 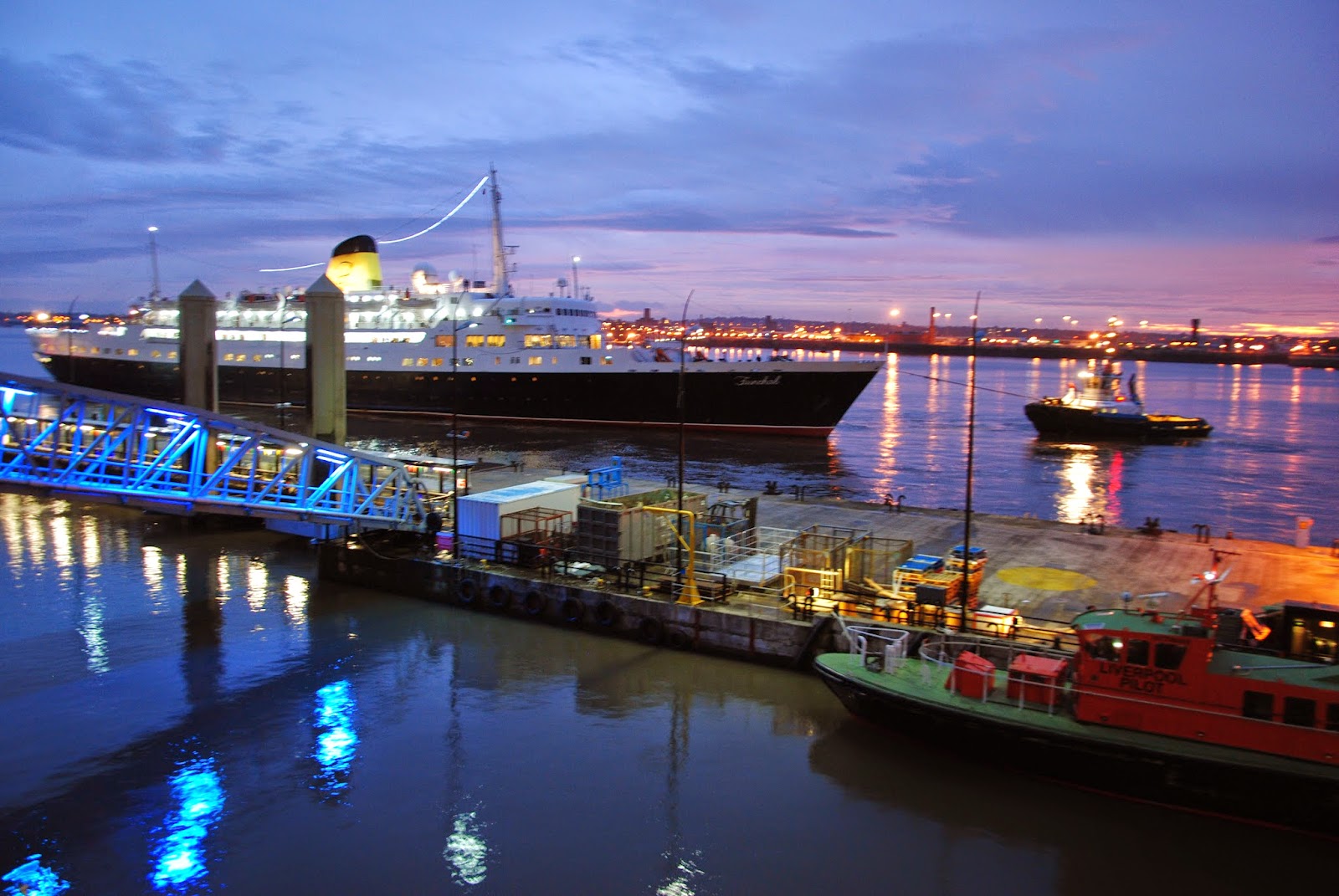 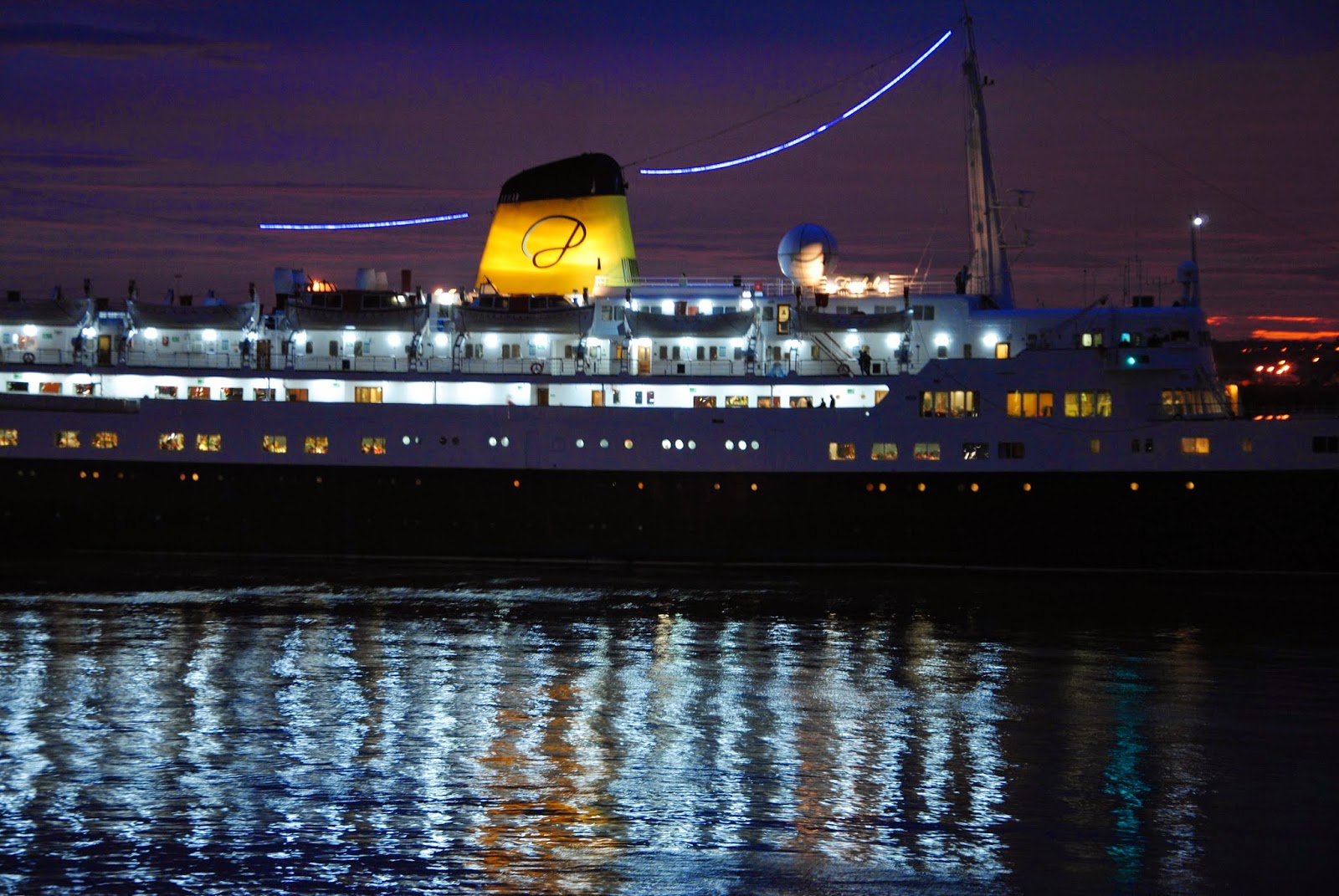 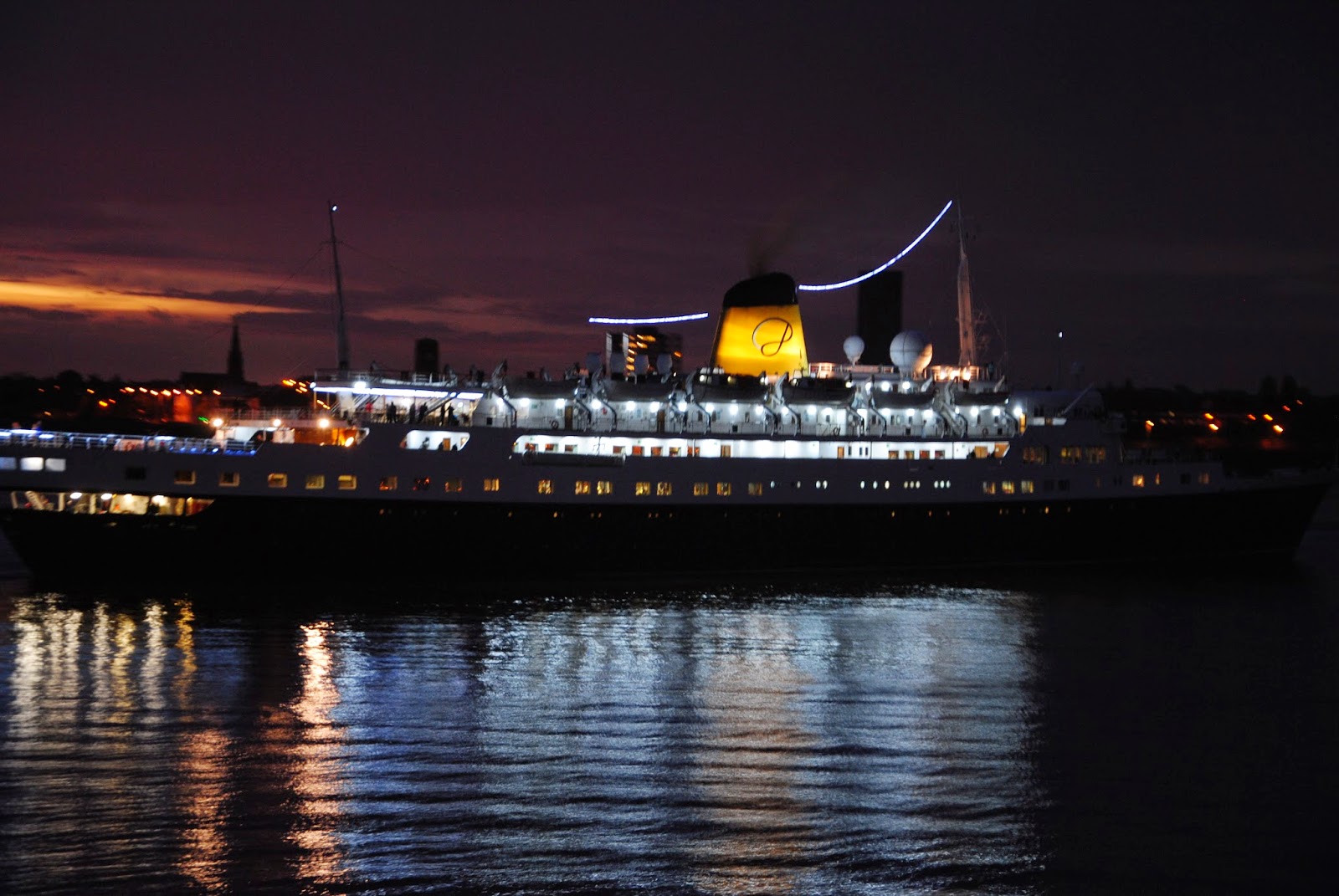 The M.S, "FUNCHAL" paid this last week an expected visit to the Merseyside. The ship was diverted to Liverpool due to the bad weather caused by the hurricane "Gonzalo" during the early part of the week, FUNCHAL departed Bristol/Avonmouth on the 6.10.2014 for a cruise to Norway and the Northern Lights, she was due back on the 21st, the extreme severe gales that affected the Bristol area resulted on the decision to divert the ship to Liverpool. FUNCHAL has been before, but was not expected until May of 2015, so it was really good to see her back and as always looking fabulous, the sending off at around 6.30pm is something I will never forget,a dramatic sunset, the likes of which we rarely see particularly at this time of the year, contributed for a spectacular departure. Photos 22.10.2014
photos of M.V. Funchal Portuscale Cruises
Location: Liverpool, Merseyside, UK