TITANIC THE MOVIE IN 3D 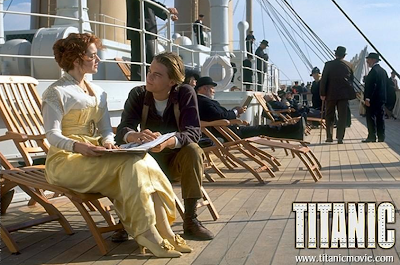 Coming to a cinema near you on the 6th of April 2012 is the TITANIC MOVIE IN 3D, another opportunity to wonder with this great movie, all very special of course, 2012 marks the 100th Anniversary of the sinking of the ship, shame the movie doesn't debut on the 10th of April to coincide with the start of the maiden voyage of "TITANIC"
Titanic the Movie