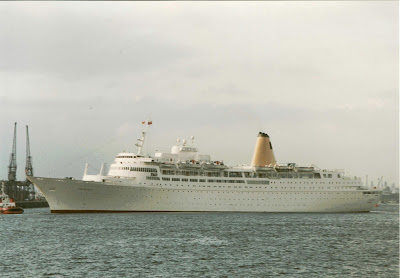 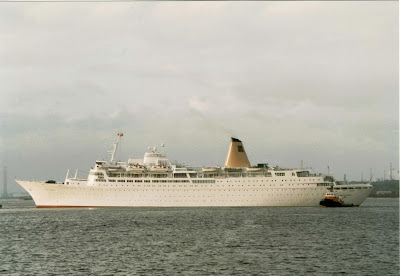 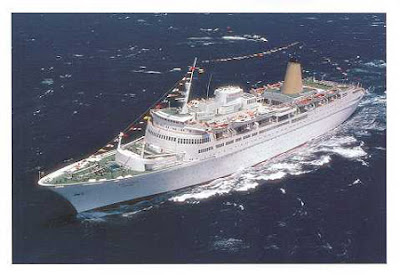 We travel back in time, to the year of 1998 when these photos were taken in Southampton with the "VICTORIA" docking at the end of another cruise for P & O CRUISES. The ship was built in the UK, sadly a thing of the past, by JOHN BROWN at Clydebank in 1966 to SWEDISH AMERICA as the beautiful "KUNGSHOLM", she was bought by P & O in 1979 and after a major refit which destroyed her graceful lines renamed as the "SEA PRINCESS", she was used at the UK, Australian and USA markets where she was given PRINCESS CRUISES colours until eventually returned to P & O and renamed "VICTORIA" in 1998, last image, postcard of my private collection, not as elegant as the KUNGSHOLM but still a beautiful ship with a legion of followers due to her intimate and cozy interiors
John Brown PO CRUISES Swedish America Victoria
Location: Southampton, UK