The end of the line for "INFANTE DOM HENRIQUE" 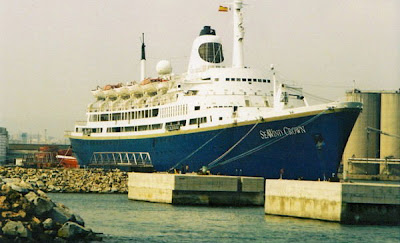 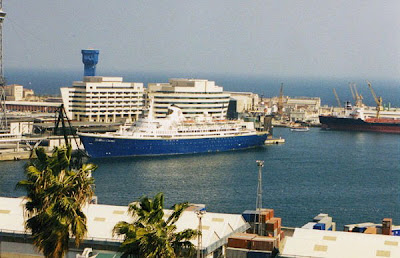 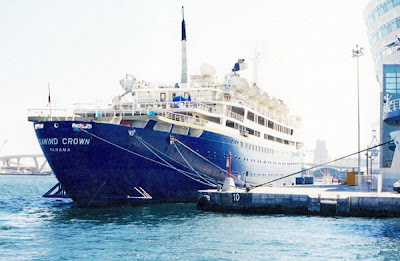 This is the final post dedicated to the former Portuguese Liner "INFANTE DOM HENRIQUE". In 1991 the then "VASCO DA GAMA" was chartered by SEAWIND CRUISE LINES and renamed "SEAWIND CROWN" despite been renamed she kept the former name on her bow until 1995 when she was officially bought by SEAWIND, in 1997 the ship was given a ridiculous dark blue livery which never suited the ship by then operated by PREMIER CRUISES, the ship was chartered in 1999 to PULLMANTUR  for a series of cruises, PREMIER went into financial turmoil and the ship was arrested for payment of debts when she arrived at Barcelona at the end of another cruise in 2000, she was later secured and seized becoming a dead ship, laid up at barcelona until 2003 when she was sold to Chinese breakers by the Barcelona Port Authority, she left the Catalonian port in December 2003 under the name Barcelona, a sad end for such a beautiful liner, another one of my youth and one I will cherish forever
Portuguese Liners Premier Cruises Pullmantur Seawind Crown SEAWIND CRUISES
Location: Barcelona, Spain