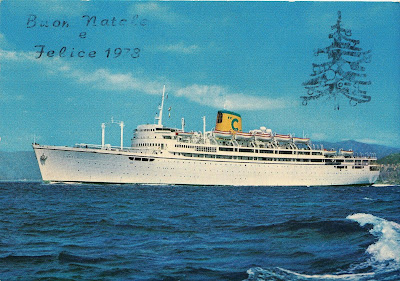 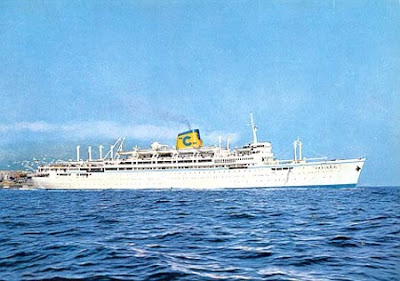 "ENRICO C" was built by Swan Hunter in the UK in 1951 as the PROVENCE for SGTM a French company, curious to note that the vessel was built in the UK because the French yards were so busy rebuiding their merchant navy after World War II that shipyards coudn't cope, the ship was purchased by COSTA in 1965. She was scrapped in  2001. Postcards from my private collection, a Christmas and new year message on the first image used for the festivities in 1977
COSTA Enrico C Swan Hunter