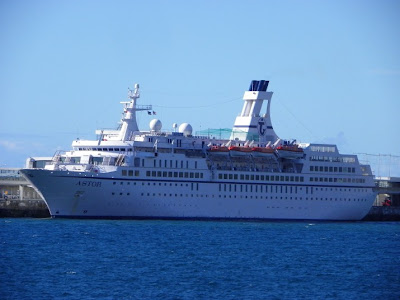 An interesting looking ship the ASTOR seen berthed today, 15th December 2011 in Funchal, Madeira.
She was built in the 80's as a sister ship to the former ASTOR the current SAGA PEARL II, but unlike her predecessor, this new cruise liner was faster and had better amenities especially conceived for the Capetown-Southampton route.
After the plans were abandoned by Safmarine, ASTOR started operating for a german company, a service that would last for only eighteen months. 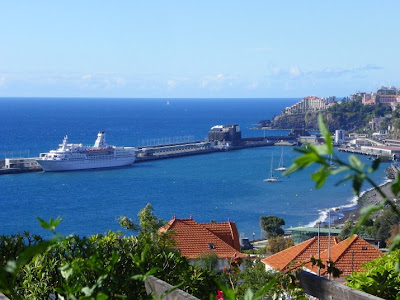 Next she was sold for soviet interests as the FEDOR DOSTOIEVSKY and was later renamed again with her orginal name. After some charters she ended up in Transocean and in 2006 the ship was purchased by the Premicon group of Munich, maintaining the charter with her present operators.
In the previous year she was refited in Bremerhaven where additional cabins were added, some with balcony placed onto the ship's bow slightly changing her original profile. 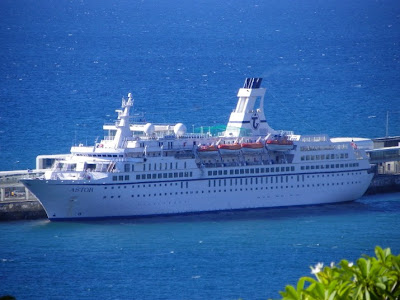